Canadian police have seized more than 18 million Canadian dollars (US$14 million) worth of drugs and firearms in “the largest single-day drug and firearm bust” in Toronto. 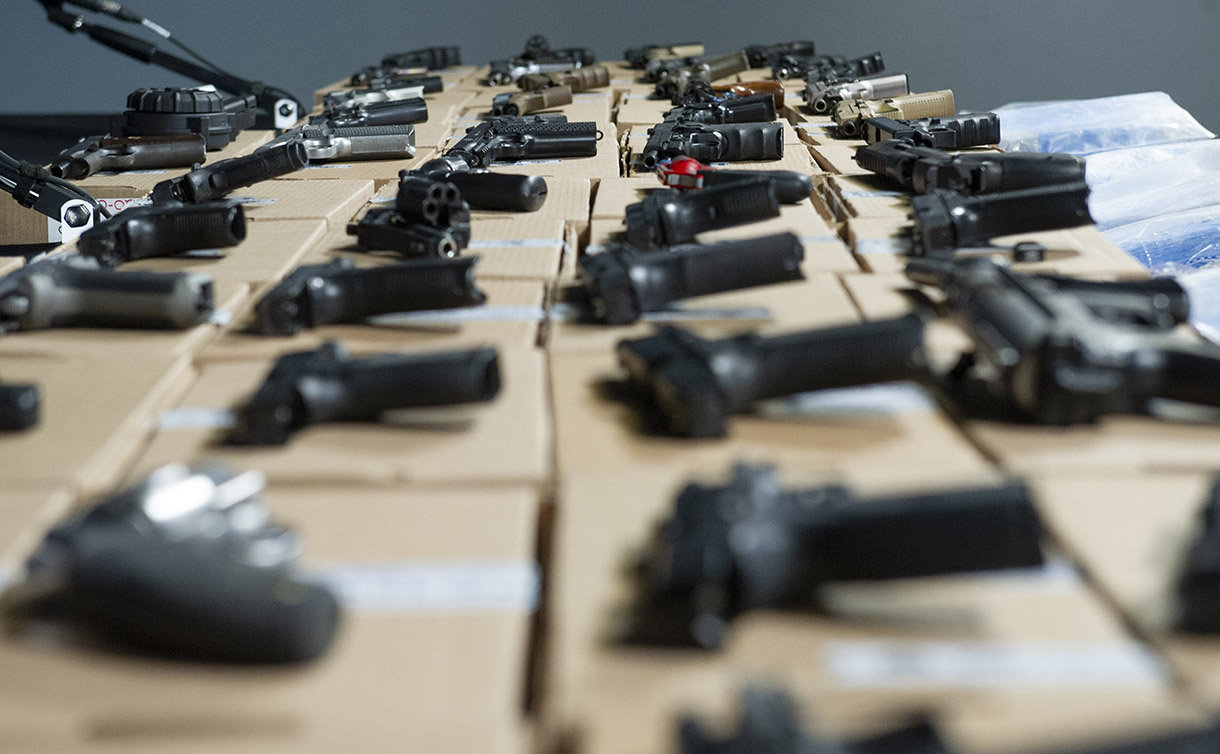 A total of 65 handguns were seized from Dubajić's apartment in Toronto. (Photo: Toronto Police)Authorities said on Thursday that a raid on a private residence in late November had yielded “a total of 57 handguns, eight long guns, nearly 15,000 rounds of ammunition along with high-capacity and extended magazines.”

Among the weapons seized were three Glock 9mm handguns and accompanying overcapacity magazines, a .50 calibre Desert Eagle and a BB gun converted to a .22 calibre handgun, along with more than 180 kilos of drugs including cocaine, crystal meth, fentanyl and MDMA.

“Of the 57 handguns recovered, 39 have been traced, 37 of them to the United States and the remaining two to Canada, while a total of five of the long guns have been traced to Canadian sources,” according to police.

At the residence, police apprehended 45-year-old Danijel Dubajić, of Serbian extraction, who has been living in Canada for more than 20 years. Media in the Balkans cited Dubajić’s landlord as describing him as a calm, normal person, who was locally known as a painter and naturopathy practitioner.

Dubajić’s ostensibly tranquil character seemed to suit the location of the house where he had hidden his massive drug-and-weapons stash, which Inspector Tim Crone described as “a very quiet and peaceful residential neighbourhood, that’s primarily made up of detached homes, low-rise apartment buildings, parks, playgrounds and elementary schools.” 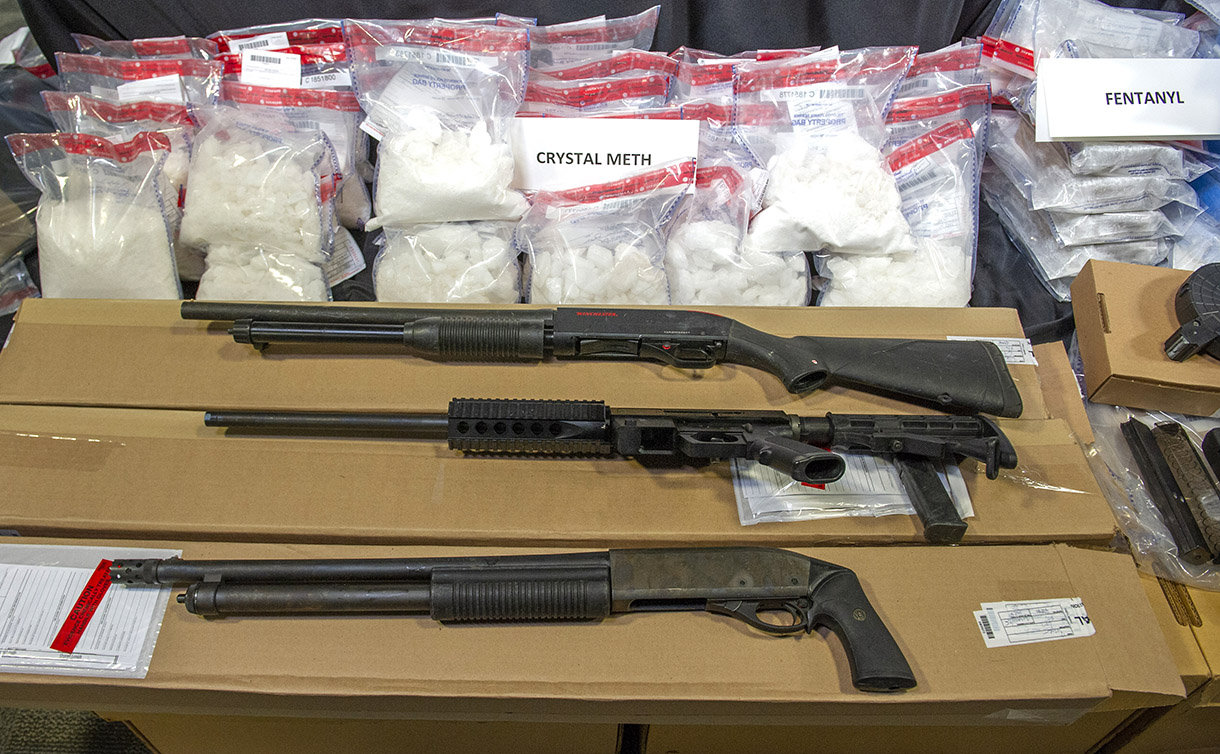 Crystal meth, fentanyl, cocaine and MDMA were among the drugs seized with the firearms at Dubajić's Toronto apartment. (Photo: Toronto Police)

Stranger still was the fact that Dubajić did not appear to have been at great pains to conceal the drugs and firearms within his home. “Once inside the apartment, officers immediately located significant amounts of narcotics and firearms which were in plain sight of the officers,” according to Crone.

“You never know what’s on the other side of the door in a search warrant – you know why you’re there but not always what you’re going to find,” Ray Direnzo, a detective on the case, said, further describing the police haul as “the motherlode” of seizures.

Toronto Police Superintendent, Domenic Sinopoli, said that the suspect “has no previous history of drugs and firearms.”

Nevertheless, Danijel Dubajić is now facing 78 charges and is set to appear before the court on January 7, next year, according to the statement.