The World Health Organization (WHO) has rejected accusations that it covered up a report critical of Italy’s COVID-19 response, despite warnings from one of the authors that burying it could cause a “scandal of huge proportion” that would damage the agency’s credibility. 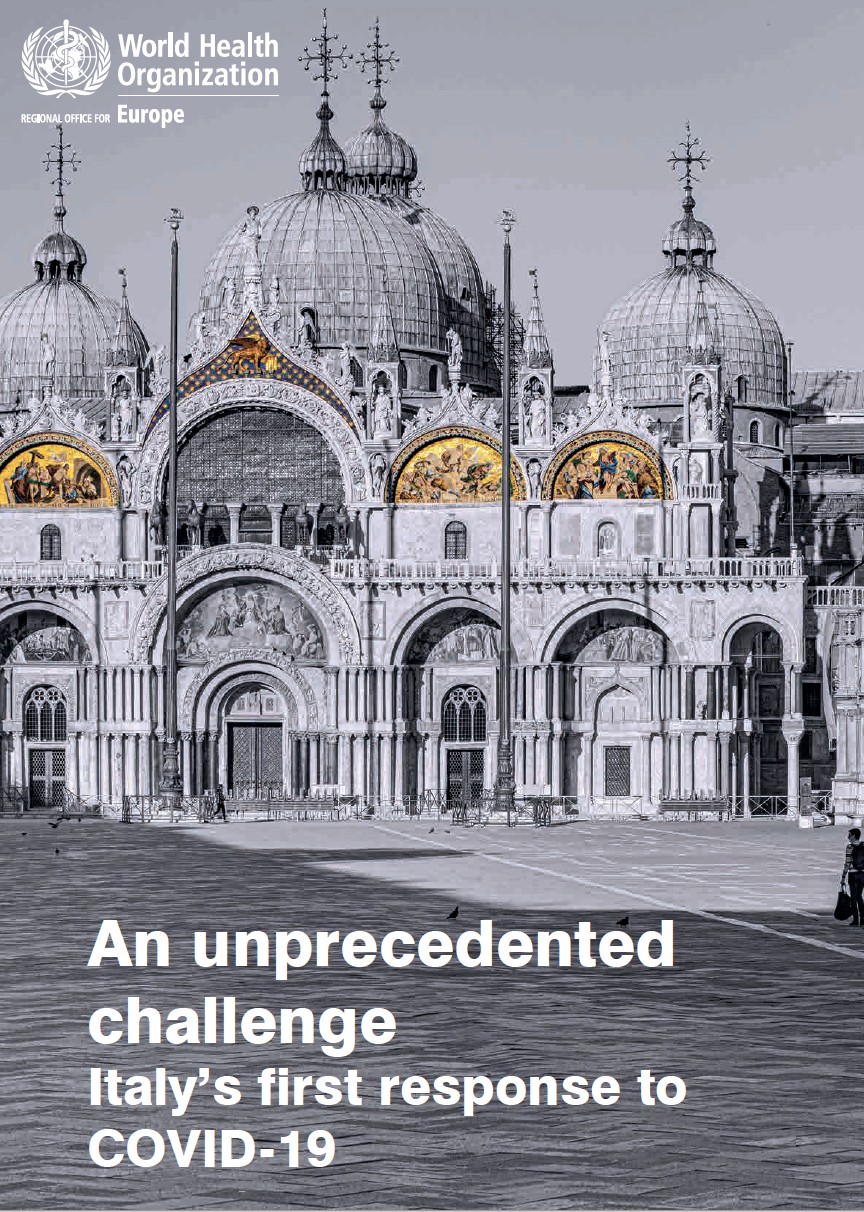 Front page of a study that appeared, then disappeared from the WHO website.The study appeared on the WHO website for just one day in May, and showed that Italy had failed to update its pandemic plan in the years before COVID-19 struck the country, which has suffered one of the highest numbers of deaths in Europe.

Immediately after the study was taken offline, one of its authors, Francesco Zambon, wrote to WHO Director, Tedros Adhanom, requesting a meeting, according to emails obtained by OCCRP.

“I am confident you will give this due consideration acknowledging that a [media] and political scandal of huge proportion – in a delicate moment for WHO with the forthcoming COVID-19 investigation – could happen at any moment,” Zambon wrote.

His warning appears to have been prescient.

National and foreign media have reported on the scandal, with the Italian public broadcaster’s flagship investigative journalism program, Report, focusing on Ranieri Guerra, a senior WHO official. Before joining the WHO, Guerra was director of prevention at the Italian Ministry of Health from 2014 to 2017, and was in charge of updating the pandemic plan.

Prosecutors in the hard-hit region of Lombardy have launched a preliminary investigation into the health ministry’s failure to update its pandemic plan, as required by European Union regulations, and have questioned Guerra.

"No, we have not! WHO engages in frank and forthright communication with governments on an ongoing basis. The organization undertakes all activities impartially," a spokesperson for the European regional office told OCCRP.

In his email to Adhanom and other top WHO officials, Zambon said the report he co-authored contained “key lessons” from Italy’s flawed response. He said that in removing the report, the WHO could be “preventing lives to be saved.”

The 100-page study entitled "An unprecedented challenge – Italy’s first response to COVID-19" was based on interviews with scientists, politicians and other experts. The researchers set out to understand the first phase of Italy’s response, with the goal of assisting other countries hit by the pandemic.

“Unprepared for such a flood of severely ill patients, the initial reaction of the hospitals was improvised, chaotic and creative,” the study found.

Critically, the researchers noted that Italy’s health ministry had failed to improve its pandemic plan as required. Instead, it was still using a plan issued in 2006.

Guerra wanted the researchers to change that date to 2016, which would give the impression the plan had been updated, according to an email he sent to Zambon, a fellow Italian who works at the WHO office in Venice.

As part of their probe, prosecutors in Lombardy hoped to question Zambon about the matter, and they wrote to the WHO requesting his presence. But the WHO rejected the request.

“WHO staff members and experts are not authorised to represent the Organization and speak on its behalf, including before national courts unless expressly authorized to do so,” the agency wrote to prosecutors in a November letter seen by OCCRP.

Although the WHO prevented Zambon from testifying, the agency allowed Guerra to speak to prosecutors, telling OCCRP that he did so “in his personal capacity.”

However, a document provided to OCCRP of Guerra's travel expenses to Bergamo, where the prosecutors are based, indicates that the WHO considered it a work trip  – the agency paid him a per diem, which was listed as "duty travel."