A journalist was killed on Thursday in the Afghan city of Jalalabad when two gunmen opened fire on her car as she made her morning commute. 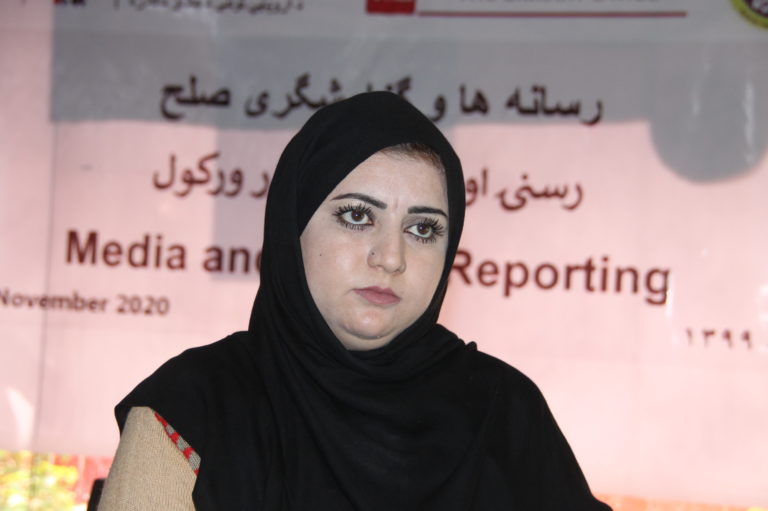 Malalai Maiwand, journalist and women's rights activist murdered in Afghanistan. (Photo: CPAWJ)Malalai Maiwand — a reporter with privately-owned Enikas Radio and TV channel, who was also a women’s rights activist, and had often spoken about the risks attached to being a female journalist in Afghanistan — died at the scene following an “armed and targeted attack”, according to a spokesman for local authorities.

Her mother, also a women’s rights activist, was killed in another shooting five years ago.

Islamic State has since claimed responsibility.

Maiwand’s death makes her the second journalist killed in just under a month in Afghanistan, against a backdrop of what has proven an escalating trend of violence against the press in the war-torn country.

Mohammad Aliyas Dayee, journalist with the Afghan branch of Radio Free Europe/Radio Liberty (RFE/RL), was killed in the city of Lashkargah on November 12, when a bomb placed under his car exploded.

Nor was it the first such attack against Enikas’ employees: the station’s owner, Engineer Zalmay, was abducted for ransom in 2018.

Reporters Without Borders (RSF) ranked Afghanistan 122nd out of 180 countries in its 2020 World Press Freedom Index. In a statement, the organization strongly condemned the recent shooting and called on the Afghan authorities to significantly increase protective measures so as to guarantee the safety of media personnel.

Human Rights Watch further emphasised the need for greater resources to be committed to investigative efforts in the aftermath of violent incidents involving journalists.

“The failure to investigate attacks on journalists throughout the country and bring those responsible to justice has had a devastating effect on Afghanistan’s media and civil society, both of which feel especially vulnerable as peace talks point to an uncertain future,” Associate Director of HRW Asia division, Patricia Gossman, told OCCRP.

“We have been recently witnessing the murder of some prominent journalists. How long will this continue?” director of the Center for the Protection of Afghan Women Journalists (CPAWJ), Farida Nekzad, asked.

She denounced the attack as a “barbaric” act against reporters and freedom of expression, messaging to the individuals or groups having hands in the terrorist attack that “they cannot silence the voice for freedom of speech by any means.”

Nekzad also criticized the government for being unable to provide security for journalists.

“Who is killing progressive Afghans? Who has problems with women working in the Afghan society? Why are all these well established and educated Afghans getting targeted?” the Afghan President’s deputy spokeswoman, Fatima Murchal, wrote on her Twitter.

She added that those “coward culprits will not be forgiven, not even after peace.”