U.S. prosecutors have charged a businessman with Venezuelan and Italian citizenship for laundering the proceeds of inflated contracts that were obtained by making bribe payments to officials at Venezuela’s state-owned energy company Petróleos de Venezuela S.A. (PDVSA). 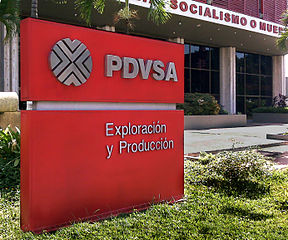 Petróleos de Venezuela S.A. has been under U.S. sanctions since 2017. (Photo: Wilfredor, Wikimedia, License)Natalino D’Amato, 61, bribed Venezuelan officials who worked at joint ventures between PDVSA and various foreign companies in the oil-rich Orinoco belt of Venezuela. In return he  obtained highly inflated and lucrative contracts to provide goods and services to those companies.

Companies he controlled received some US$160 million from the PDVSA joint ventures in accounts in South Florida. Some of that money D’Amato used to make payments to or for the benefit of the Venezuelan officials, the U.S. Department of Justice said on Wednesday.

The conspiracy scheme lasted from the beginning of 2013 until the end of 2017. The indictment also includes allegations seeking criminal forfeiture of bank accounts involved in the charged offenses, with funds totaling approximately $45 million, the statement said.

PDVSA has been under US sanctions since 2017.