A court in Melbourne sentenced on Thursday a 49-year-old woman who described herself as the “queen” of a criminal drug smuggling syndicate to 18 years in jail with a 13 years-long non-parole period, according to Australian Federal Police (AFP). 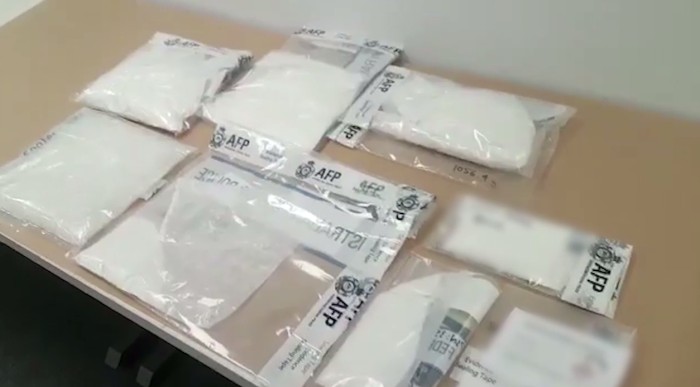 Drug seized in Australia. (Photo: Australian Federal Police, License)The woman, whose name was not revealed, was charged in early 2019 and was sentenced for “a string of serious illicit drug offences, including importing and trafficking commercial quantities of heroin.”

She was arrested in January last year along with seven others during a joint operation involving several law enforcement agencies.

The woman was involved in “a large-scale heroin smuggling operation believed to be responsible for the importation of an estimated AU$6 million ($4.37 million) worth of illicit drugs using international airline cabin crew, operating into Melbourne,” according to police.

“The alleged offenders are linked to the trafficking of at least six kilograms of high-grade heroin and eight kilograms of methamphetamine,” the law enforcement agencies said back then.

The ‘queen’ acted as the Australian contact for a Malaysian-based supplier.

“It was alleged in court her contacts would advise her of upcoming flights into Australia, where she would then facilitate cabin crew members to covertly import what were described as ‘tickets’ of heroin,” police said.

They added that she was involved in “multiple separate drug-related deals,” from October 2018 to January 2019, when she was arrested.