A third officer has been charged amidst a sex-scandal in Louisville, Kentucky, wherein police conspired to delete hundreds of thousands of records related to officers in their force who allegedly sexually abused minors while in charge of a youth program. 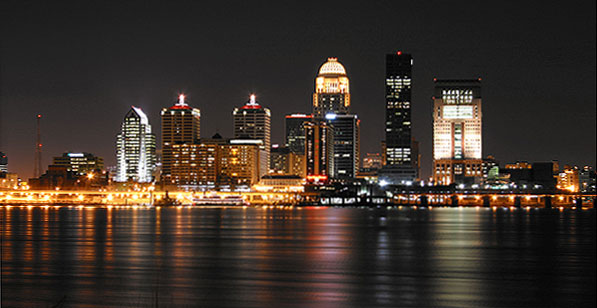 While the investigation of the deleted records is ongoing, the Explorer program was shut down in 2017. (Photo: Fleur-Design, Wikimedia, License)Brad Lee Schuhmann, a former officer in the Louisville Metropolitan Police Department, who resigned earlier this month, pleaded guilty Monday to the charges of depriving an unnamed minor of her rights under color of law, a statement from the U.S. Attorney for the Western District of Kentucky said.

For years, the Louisville police department ran a program called “Explorer Scouts” for youth interested in careers in law enforcement. It was part of Schuhmann’s own route into the police force.

Schuhmann was in a position of authority or special trust, due to his role as an advisor with the Explorer Program. “He came into contact with Jane Doe as a result of that position. When the two met at her home and other locations, Schuhmann subjected Jane Doe to sexual contact,” the statement said.

That revelation comes after two other officers involved with the program, Kenneth Betts and Brandon Wood, were charged with crimes related to sexually abusing another minor.

Amidst the charges against Woods and Betts, local media in Louisville filed a request for police documents related to an internal investigation of the scandal. However, the police claimed that they had already turned over some 738,000 records to the FBI.

In reality, they deleted the records in violation of Kentucky’s open records law.

“There aren’t the appropriate words to describe how indefensible this is,” said City Councilman Anthony Piagentini on Twitter. “This Administration oversaw the sexual exploitation of minors and then deleted evidence.”

While the investigation of the deleted records is ongoing, the Explorer program was shut down in 2017. Wood was sentenced to 70 months in prison for attempted enticement of a teen in the youth mentoring program, while Betts was sentenced to 16 years on child pornography and enticement charges. He also pleaded guilty to sodomy charges in state court.

However, for Schuhmann, despite subjecting a minor to sexual contact, the charge of deprivation of rights under color of law is only a federal misdemeanor and he faces no more than one year in prison and a US$100,000.00 fine.