The years-long rise in international gold prices has driven a new artisanal gold mining and refining rush in conflict-affected areas in East and Central Africa and has turned the United Arab Emirates into the foremost launderer of such gold, according to a new report from The Sentry. 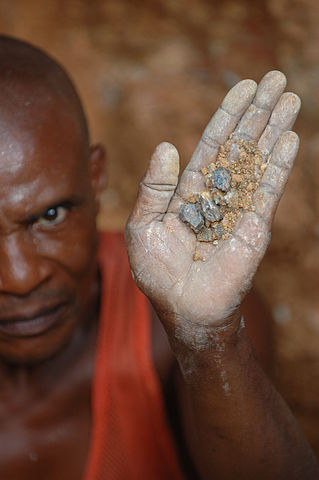 The group is advocating for increased scrutiny on any gold coming out of the UAE. (Source: Wikimedia Commons)The policy center devoted to tracing dirty money connected to African warlords said that annually, over US$3 billion in gold mined in the affected regions, including conflict gold from which armed groups and army units profit, reaches international markets in the U.S., Europe, Asia, and the Middle East.

“Almost all of the high-risk gold mined in East and Central Africa makes its way to Dubai, where policy and regulatory loopholes allow for this trade to flourish,” said Megha Swamy, Deputy Director of Illicit Finance Policy at The Sentry.

Gold is easily smuggled in high volumes, which is why it is often used as a money laundering vehicle by armed groups, criminal networks, and corrupt actors, who can then mask its origins by melting it together with other gold.

The precious metal makes it to Dubai in a variety of ways.

While Sudan often exports directly to Dubai, gold from other countries such as South Sudan, the Democratic Republic of the Congo and the Central African Republic is smuggled through a series of intermediate nations before arriving in the UAE which attracts traders and smugglers thanks to its regulatory shortcomings.

The vast majority of such gold is first sold in the famous Dubai Gold Souk, a large trading and jewelry market, and then traded onward to refiners and jewelers.

The group is advocating for increased scrutiny on any gold coming out of the UAE.

“Jewelry, electronics, and other companies buying gold should understand that conflict gold is entering mainstream supply chains via Dubai,” said John Prendergast, Co-Founder of The Sentry.

“Unless companies involved in the gold trade increase their vigilance and due diligence when sourcing gold from Dubai, they will increasingly be contributing to the violence and destruction of human life in this vulnerable region of Africa,” he said.