Right-wing politicians and operatives with ties to Italy’s Lega Nord party said they will ask a commission regulating the work of public broadcaster RAI to ban it from collaborating with international colleagues whose data helped it expose the party for corrupt COVID-related procurement dealings. 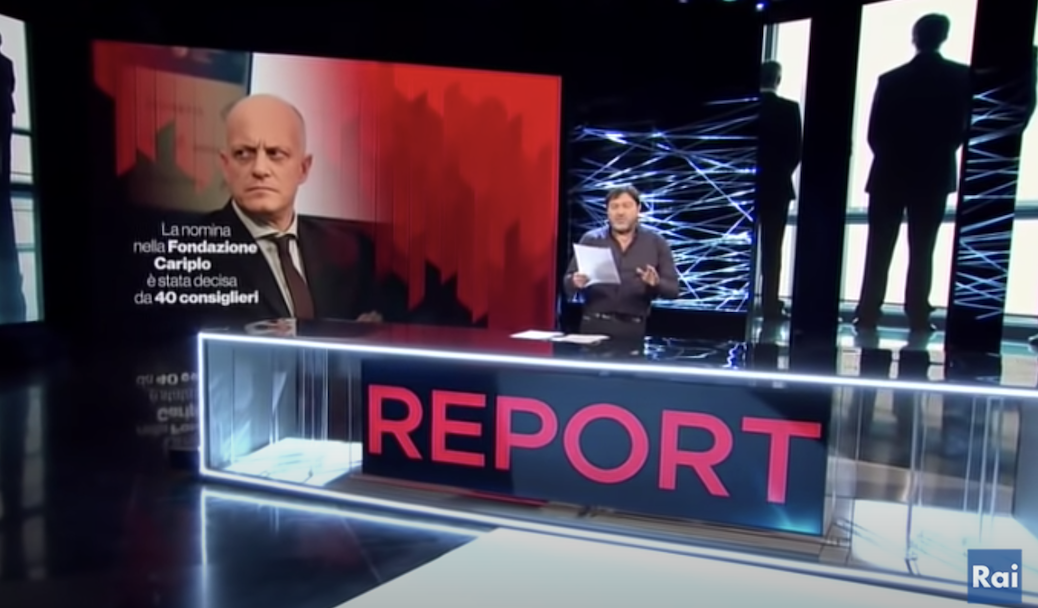 Host Sigfrido Ranucci presenting the recent documentary aired by RAI3's Report. (Credit: RAI3/Report)The allegations put forth in the documentary aired on RAI3’s investigative TV series, Report, were partially based on leaked emails that reporters found on an OCCRP platform.

According to the documentary, during the country’s worst outbreak, Italy’s far-right Lega Nord party attempted to block the usage of serologic tests in the region of Lombardy - the party’s stronghold - because they were not produced by a company it had already signed a contract with.

Politicians close to Lega Nord said they will demand the commission that regulates RAI to investigate whether the documentary aired by left-leaning RAI3 was biased and designed to slander political opponents.

“I contest the use of public media to denigrate people using private correspondence,” said Senator Maurizio Gasparri, who also serves as a member of RAI’s regulatory commission.

Gasparri, who is a member of the right wing the Forza Italia party – closely aligned with Lega Nord – went on to say that he would request a comprehensive probe that would lead to “inevitable criminal repercussions.”

Several deputies in the Fratelli d'Italia party – also allied with Lega Nord – echoed calls to intervene in RAI3’s reporting, saying in a note published on the party website that, “once again, this broadcast, which in the past has already demonstrated its bias with various fake news, stands out negatively for its work.”

“We also learned that the investigative journalism consortium from which Report [aired by RAI3] got the email is funded by [George] Soros' Open Society, the U.S. Department of State and other private foundations,” it added.

He alluded to the fact that RAI3’s Report may have been used as an advertisement platform for investigative news outlets such as OCCRP and the International Consortium of Investigative Journalists (ICIJ), and that they must “honor the truth.”

The show’s host, Sigfrido Ranucci fired back last week in a statement published on Facebook, saying that over the past 25 years, ever since RAI3’s Report started airing, the courts have always found its investigations to be true and that Lega Nord’s leadership, including Capitanio, is welcome to visit its editorial staff to investigate them, as it has nothing to hide.

Ranucci added that his team will “continue to do what it’s always done,” and will continue to “publish more public interest emails.”

RAI’s union, Usigrai, described the ongoing situation as a political attack “of unprecedented severity,” and said that while nobody fears calls for transparency, this motion appears to be more of a “gag order.”

Report’s primetime investigative journalistic TV program, which it says has racked up over 3.3 million viewers, most recently revealed what it describes as the “dark side of Lombard politics,” where entrepreneurs linked to the 'Ndrangheta crime organization, alongside politicians and local administrators, officiated “systematically rigged” public contracts that exacerbated the region’s rate of COVID-19 infection in the process.

It alleges that under the direction of Lega Nord’s leader, Matteo Salvini – who previously served as Italy’s deputy prime minister – the party’s regional authorities attempted to block mayors from using serologic tests in order to favor a company that it had a close relationship with.