A majority of Europe’s largest banks are relying on tax havens to stash their profits, despite the fact that in some cases, these firms don’t have a single employee working where these earnings are booked, a new report released on Tuesday by Transparency International EU revealed. 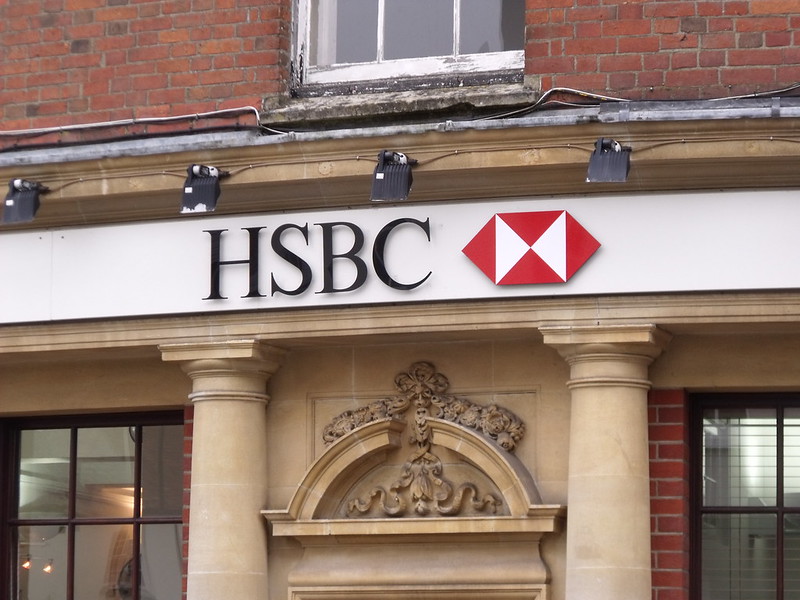 The Report found that HSBC Bank booked $1.77 billion in profit in Saudi Arabia over the last 5 years, despite having no employees located there. (Photo: Elliott Brown, Flickr, License)The report, which analyzed 39 of the biggest banks in the European Union, found that 31 of them declared profits in low or zero-tax jurisdictions, and that 29 did so through the use of “ghost operations,” meaning none of the firm's personnel were working in the areas where large portions of their earnings were declared.

Since 2015, the EU has required banks to publish country-by-country reporting as part of their annual statements, which allows for public scrutiny of key financial data for each country the banks operate in.

“We were only able to scrutinize the tax behavior of banks because they are subject to EU public country-by-country tax reporting rules,” Elena Gaita, senior policy officer at Transparency International EU, said in a press release.

“This is probably just the tip of the iceberg when it comes to aggressive tax planning, so it is essential that these rules are extended to other sectors of the economy,” she said.  She noted that EU member states who are blocking legislation to apply this rule to other multinational companies should “put the interests of their citizens and their economic well-being over the interests of large companies, especially in these times of economic uncertainty.”

Some key findings of her organization’s report show that HSBC – the largest bank in Europe – booked 1.5 billion euro (US$1.77 billion) in profit over the last five years in Saudi Arabia, despite having no employees located there.

During the same time period, Deutsche Bank reported profits of 418 million euro ($494.47 million) in Malta, where it has had no personnel since 2016.

The report said Malta was the top spot in the EU for banks to set up these ghost operations, and that the Cayman Islands was the most popular in the world.

This finding comes following reports earlier this month that the Caymans had been removed from the EU’s tax haven blacklist, despite widespread criticism from civil society experts.

Another finding shows that while banking operations have reduced their reliance on traditional tax havens,  they have turned instead to new countries that offer similarly favorable tax incentives for corporations, such as Hong Kong, Ireland, and Luxembourg.

“Corporations can enjoy their profits tax-free without potential reputational damage, which is essentially a double win as both their tax expenses as well as tax risks are driven downwards,” the report explains.

Transparency International EU also launched its Corporate Tax Tracker on Tuesday, which allows the public to compare and analyze bank activity and payments in different jurisdictions of operation.

Paul Tang, a Dutch member of the European Parliament, responded to the report on Twitter, arguing that it is time to force banks that receive public support to quit avoiding taxes.

“We all paid up to save banks in 2008. But rather than saying thanks, they deprive citizens and governments of much needed funding,” he wrote.