On average, a sexual offense is reported to the police in the European Union every two minutes, be it rape, sexual violence or assault, Europol said Tuesday in a statement. 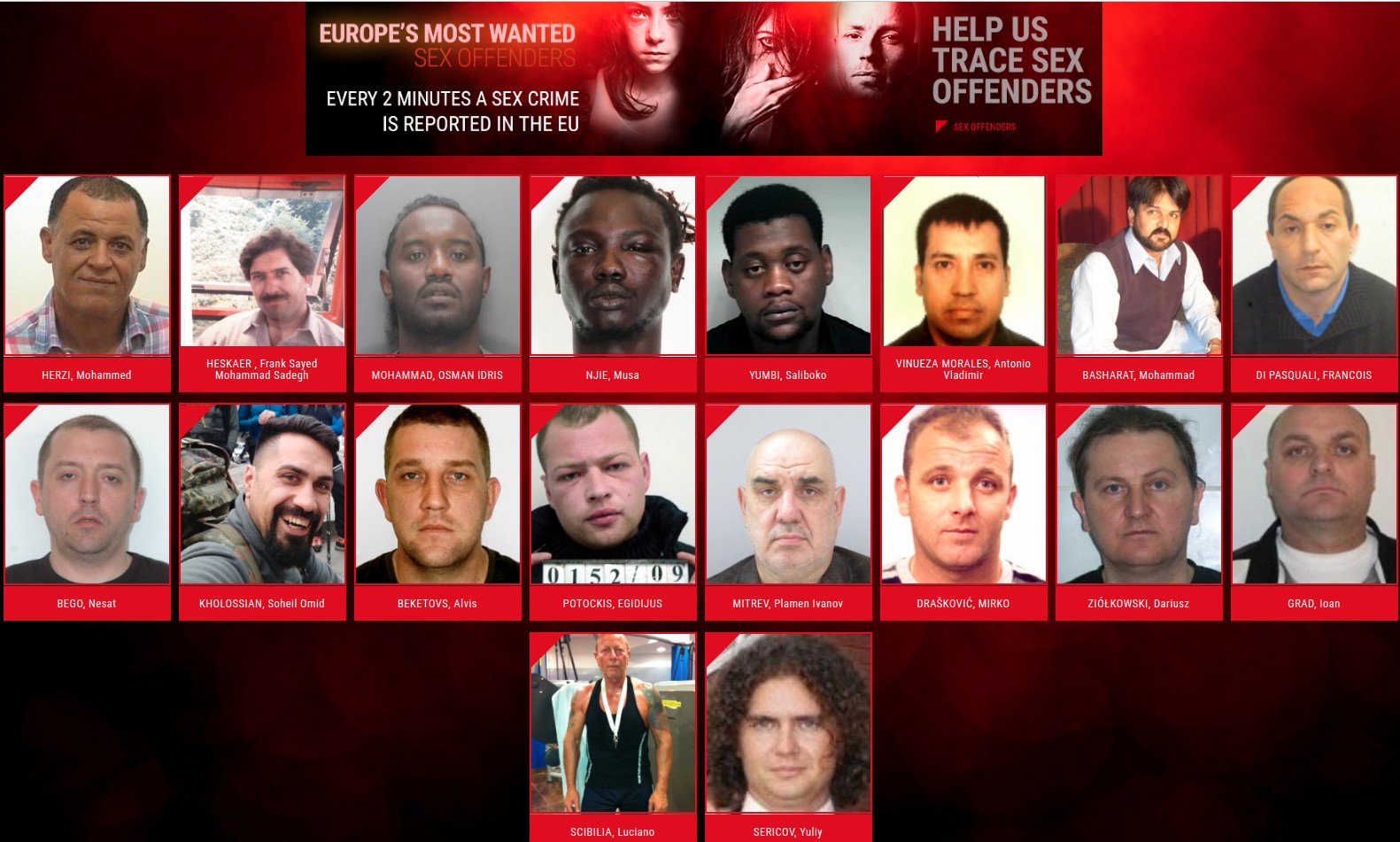 Europe's most wanted sexual offenders. (Photo: eumostwanted.eu)European police said that while anyone can be a victim of sexual assault, women and children are targeted in the most of the cases.

Because many perpetrators of such violent sexual assaults remain at large, Europol is working with 19 countries across Europe seeking help in finding “some of Europe’s most dangerous sex offenders.”

Eighteen such offenders, some convicted of sexual offenses, have been listed on Europe’s Most Wanted Fugitives website, initiated by the European Network of Fugitive Active Search Teams (ENFAST) community with the support of Europol.

For the next four weeks, law enforcement authorities from Belgium, Bulgaria, Croatia, Cyprus, Denmark, France, Germany, Italy, Latvia, Lithuania, Luxembourg, Malta, the Netherlands, Poland, Romania, Spain, Sweden and the United Kingdom, who have joined this online appeal, will circulate images of the fugitives online and on social networking sites.

The campaign, according to Europol, will also be promoted on multiple media channels to draw traffic to Europe's Most Wanted Fugitives website.

Europol said that “any information can be sent anonymously via the eumostwanted.eu website and will be shared directly with the national investigators looking for the fugitive.”

“In the past, such tips have already proved invaluable: since the launch of the project in 2016, 91 criminals featured on eumostwanted.eu website have been arrested,” read the statement.

In at least 33 cases, perpetrators of sexual assaults were arrested “thanks to information from the general public via the website.”