Two New York antiquities dealers were arrested for lying for years about the origins of the items they were selling, defrauding this way buyers and brokers, the U.S. Department of Justice said. 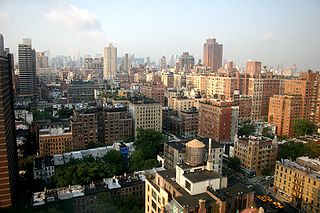 Fortuna Fine Arts Ltd. operated on Manhattan's Upper East Side. (Source: Wikimedia Commons)Erdal Dere and Faisal Khan ran Fortuna Fine Arts Ltd. on Manhattan's Upper East Side Neighborhood and are suspected of having forged documents to support their claims that the artifacts they sold previously belonged to collectors who had died.

Both men were charged with wire fraud and conspiracy to commit wire fraud for falsely portraying the provenance or object histories of the antiquities they had acquired. Khan was also charged with aggravated identity theft for misappropriating the identities of several deceased collectors.

“Trafficking of cultural property like ancient artifacts can be a source of funding, not just for extremists, but for organized transnational crime,” Katie Paul, the co-director of the ATHAR Project, which tracks the illegal antiquities trade online, previously told OCCRP.

In addition to being used as a funding source for criminal groups, the looting of cultural property from active war zones is considered a war crime under the 1954 Hague convention.

“Antiquities and art allow us to see a piece of history from a world that existed hundreds and, in some cases, thousands of years ago,” FBI Assistant Director William F. Sweeney Jr. said.

Antiquity dealers are playing an important role in the protection of the truth about that history.

“The integrity of the legitimate market in antiquities rests on the accuracy of the provenance provided by antiquities dealers, which prevents the sale of stolen and looted antiquities that lack any legitimate provenance,” said acting U.S. attorney Audrey Strauss.