Gilead Sciences Inc., a California-based pharmaceutical company, is set to pay US$97 million to resolve allegations that it used a charity to pay the Medicare co-pays for one of its own drugs. The company said it had no intention to violate the law and does not believe it did. 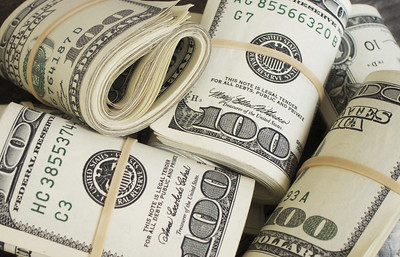 Gilead Sciences Inc. pays $97 million to settle kickback accusations. (Photo: Pictures of Money (CC BY 2.0))Beneficiaries who obtain a prescription drug covered by Medicare may be required to pay part of the cost of the drug. This could take the form of a co-payment, co-insurance, or deductible.

The model is designed to encourage market forces to serve as a check on health care costs, including the prices that pharmaceutical manufacturers can demand for their drugs, a Department of Justice statement explained.

“The Anti-Kickback Statute prohibits pharmaceutical companies from offering or paying, directly or indirectly, any remuneration – which includes money or any other thing of value – to induce Medicare patients to purchase the companies’ drugs,” the statement said.

But that is exactly what Gilead Sciences Inc. was suspected of having done.

It allegedly used a foundation, Caring Voice Coalition, CVC, to cover the patients’ co-pays in order to induce those patients’ purchases of Letairis, a drug that is used in the treatment of pulmonary arterial hypertension. The DoJ statement said that Gilead knew that the prices it set for Letairis otherwise could have posed a barrier to those purchases.

By doing this, the company violated the False Claims Act, claimes the U.S. Attorney’s Office, District of Massachusetts. Gilead, it said, received data from CVC on exactly how many patients received payment to use Leitaris, so that they knew exactly how much to donate to the group each year.

“When pharmaceutical companies deceitfully employ the charitable donation process as an instrument to subsidize co-pays for their own drugs, it subverts a critical safeguard against the excessive inflation of drug costs,” said Phillip M. Coyne, Special Agent in Charge, Office of the Inspector General of the Department of Health and Human Service’s Boston Regional Office.

Manipulation of this process threatens the integrity of our federal healthcare system, disregarding the American taxpayer who ultimately bears the cost,” Coyne said, pledging that his office will keep confronting this type of conduct.