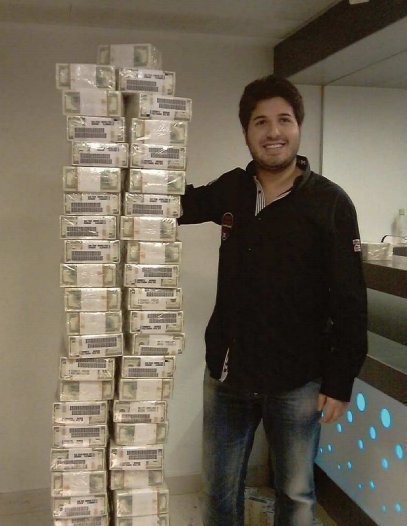 The story, part of a broader look at the role of banks in money laundering known as the FinCEN Files, focused on Reza Zarrab, a Turkish-Iranian money launderer who worked with Turkey’s state-owned Halkbank to move billions of dollars through an underground network of shell companies and gold smugglers to help Iran evade international sanctions.

Zarrab was arrested in Miami in 2016 as he arrived for a Florida vacation with his Turkish pop-star wife Ebru Gündeş, and their young daughter. He pleaded guilty to fraud and money laundering, and became a government witness in return for leniency. He is expected to testify next year in a separate trial of Halkbank.

A former insider in the Zarrab organization, who smuggled suitcases of gold and cash across international borders, told OCCRP and Courthouse News that the Turkish government approved Zarrab’s operations.

The Istanbul Anatolian Courthouse on Wednesday placed a gag order, preventing some Turkish media from reporting on the Zarrab stories published by OCCRP and Courthouse News.

However, people in Turkey are still able to safely read Internet Archive copies of OCCRP’s FinCEN Files’ investigations about the government’s involvement and how Zarrab smuggled Russia’s money.

Turkey’s main opposition party, The Republican People’s Party (CHP), submitted a parliamentary inquiry to Vice President Fuat Oktay consisting of six main questions from the investigation. According to parliamentary rules, Oktay has to answer them in 15 days and involve ministries, if necessary.

The investigation into Zarrab’s dealings was part of the FINCEN Files, in-depth reports on a cache of secret financial intelligence reports leaked to Buzzfeed News and shared with the International Consortium of Investigative Journalists and media partners in 88 countries, including OCCRP. The documents reveal how major banks have moved dirty money for corrupt regimes and international criminals.