Swedish authorities have managed to seize a server in Germany that contains records of calls from Kyiv-based fraudsters who are suspected of stealing the life savings of hundreds of elderly victims around the world by convincing them, among others, to invest in fictitious cryptocurrencies, Swedish daily Dagens Nyheter reported. 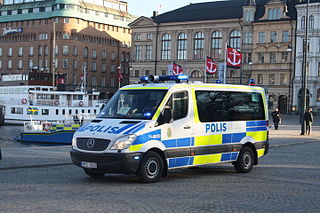 A second server with the Milton Group’s customer database has been lost. (Source: Wikimedia Commons) The server is a massive boon for Swedish police investigating a company called Milton Group, as it contains extensive records of phone calls between the fraudsters and their victims.

However, a second server with the group’s customer database has been lost according to Swedish prosecutor Arne Fors, who told Dagens Nyheter that this had been the server he was most hoping for as it could have provided extensive information about the victims around the world.

The story was first broken by Dagens Nyheter, which received information on the group from a whistleblower identified only as Alexei, who took data from Milton Group's sales and their customer management system.

Those contained names, telephone numbers, which seller was last contacted, what amounts were paid and comments about individual victims. Alexei carefully documented it all to expose the group to reporters.