US Lobbyist Guilty of Accepting Millions to Bid for Foreign Interests

A Hawaii businesswoman pleaded guilty on Monday for her role in an “unregistered lobbying campaign” that attempted to influence the U.S. government on behalf of foreign interests. Her testimony may contribute to the future prosecution of other individuals with close connections to the current administration. 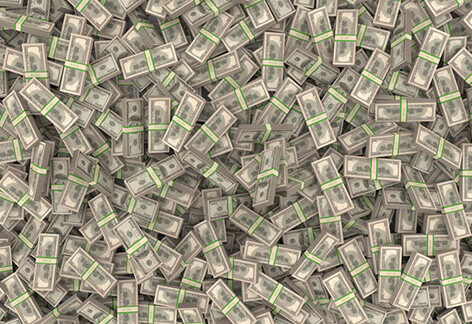 Nickie Mali Lum Davis admitted to having accepted millions for her role in an “unregistered lobbying campaign.” (Credit:CC BY-ND 4.0)Nickie Mali Lum Davis, 45, admitted to receiving over three million dollars to pressure the U.S. President, Attorney General, and other high ranking officials to drop civil and criminal investigations into the embezzlement of billions of dollars from 1Malaysia Development Berhad (1MDB), and to arrange “the return and the removal” of a Chinese national who has been living in the United States back to his home country, according to the Justice Department.

As part of her guilty plea, prosecutors said that she admitted to have been working with “a prominent official of a national political party with ties to the administration,” who other media outlets have identified as Eliott Broidy, a senior fundraising officer for President Trump’s 2016 presidential campaign who has also worked for the Republican National Committee under previous administrations.

An August 17 court filing describes how Davis and “Person B”, facilitated a meeting between President Trump and then-serving Prime Minister Najib Razak in September of 2017 in order to “to raise the resolution of the 1MDB matter with the President.”

The filing also shows that Davis routed an $8 million retainer fee to “Person B” on behalf of whom the Washington Post identified as Jho Taek Low – who was suspected of masterminding the notorious 1MDB embezzlement scandal in Malaysia – if the investigation was effectively dropped.

The media outlet also said that Low – who is believed to be living in exile in China – requested that Broidy help push for the U.S. government to extradite Guo Wengui, a billionaire Chinese national now living in New York who has gained prominence for being vocally critical against the Chinese government, and for his close relationship with Former White House Chief Strategist Steve Bannon.

In a statement to Mother Jones, Guo said China’s Communist Party has targeted him for “exposing their weaknesses,” and said the case against Davis “is only the tip of a far-ranging campaign the Chinese Communist Party has undertaken utilizing corrupt lawyers, government officials, and so-called lobbyists and political consultants to influence the US government at the highest levels to take action against me.”

The outlet also reported that Davis is likely to avoid prison time in exchange for her cooperation, and that the case against her suggests that “Broidy is drawing intensified federal scrutiny.”