Columbian authorities said they intercepted on Sunday a submarine transporting more than one ton of cocaine believed to be destined for one of the most powerful Mexican cartels. 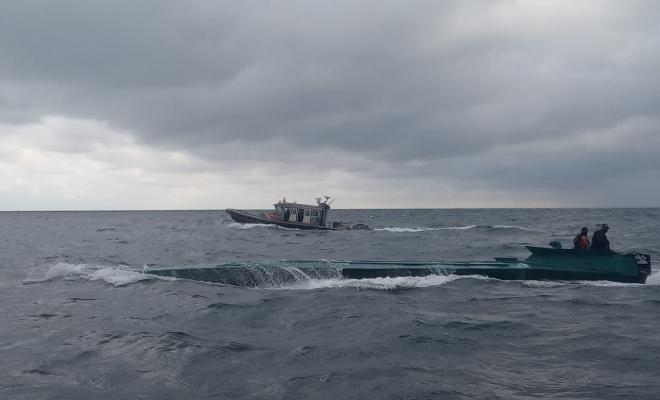 The semi-submersible vessel intercepted by the authorities. (Photo: Policia National de Colombia). The Anti-Narcotics Directorate of the National Police and the Colombian Navy intercepted the vessel 85 kilometers off the coast of Tumaco, in the South Pacific.

They said the homemade narco-sub has a cargo capacity of up to three tons and a satellite navigation system. Its approximate value is US$1.2 million.

“The intelligence and criminal investigation work … indicates that the shipment would belong to the E-30 Residual Armed Organized Group and that the objective was to leave it in the hands of the Cartel Jalisco New Generation,” police said.

Authorities believe the semi-submersible was heading to Costa Careyes in the Mexican state of Jalisco, where it was due to arrive in the first week of September. They estimated that the shipment could have reached a value of $18.6 million in Mexico.

Residual Armed Organized Group is a denomination for factions of the guerilla that did not adhere to the 2016 peace agreement between the Government and the FARC that ended a decades-long armed conflict.

According to the statement of the National Police, the E-30 is led by a gangster known as “Mahecha” and would be responsible for massacres and forced displacements. They said the group is presumed to seek to “expand their criminal influence in the southwest of the country” and also have links with the Mexican Gulf Cartel.

Three crew members of the submarine were arrested during the operation.