An international organised crime-watchdog has warned that Iranian weapons and ammunition supplied to Houthi insurgents in Yemen may be making their way onto East Africa’s black market. 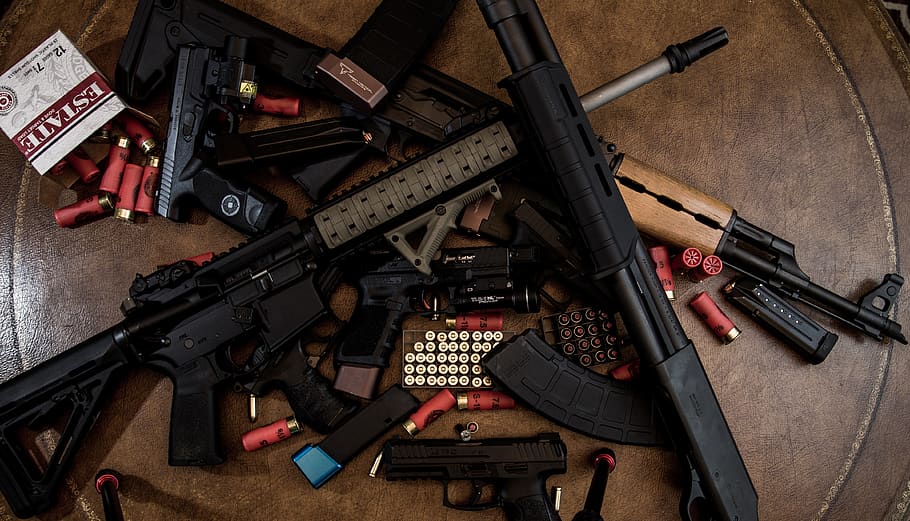 Before the war, Yemen had the highest per-capita ownership of weapons outside of the United States (Photo: pxfuel, Creative Commons Licence)The Global Initiative Against Transnational Organised Crime said on Friday that it had obtained credible evidence not only suggesting Iran is providing materiél to rebels in the Yemeni civil war, but that criminal networks may be trafficking these weapons on toward the Horn of Africa and in particular Somalia.

Researchers with the watchdog, posing as potential buyers, made contact with a Somalian arms-dealer based in the Yemeni capital of Sana’a, who over a period of some weeks explained the details of his operation.

Reviewing photos of the dealer’s stock, Global Initiative confirmed that the weapons shared characteristics with those reportedly provided by Iran to the Houthi movement.

This indicates “the existence of illicit-arms smuggling networks that see Iranian arms intended for Yemen end[ing] up in Somalia, and potentially beyond,” according to the report.

Further, the organisation noted that the discovery in fact points to a long-standing trend in arms smuggling in the region.

Somalia has been under a UN arms embargo since 1992, and Somali arms dealers have long looked to Yemen as a source of business because of the widespread availability of weapons in the Arab country.

Even before the outbreak of war in 2015, the report states that Yemen had the second-greatest per capita ownership of weapons after the United States, and that this will only have been exacerbated by the ongoing violence.

The current crisis began shortly after the Arab Spring of 2011, when authoritarian president Ali Abdullah Saleh handed power over to his deputy, Abdrabbuh Mansour Hadi.

Amid an ensuing period of instability, members of the Houthi rebel group, aligned with the country’s Shia Muslim minority, in 2014 launched an insurgency against the new government.

Since then, the crisis has descended into an all-out proxy war between the allegedly Iranian-backed Houthi rebels on the one hand and, on the other, numerous anti-Houthi forces with varying degrees of loyalty to the government that enjoy support from a coalition of Sunni-majority Arab states, including Saudi Arabia and the United Arab Emirates.

The conflict escalated significantly in March 2015 when Saudi Arabia began airstrikes against Houthi strongholds - with support from the U.S., the U.K. and France.

Earlier this year, the United Nations verified that the majority of the 7,700 civilian deaths since the beginning of the conflict were the direct result of Saudi-led bombing campaigns.

Monitoring groups such as the US-based Armed Conflict Location and Event Data Project believe that the civilian death toll may in fact be as high as 12,000.