Azerbaijan Arrests Its Ambassador for Embezzlement

Azerbaijani President Ilham Aliyev stripped on Monday the country’s ambassador to Bosnia and Herzegovina, Montenegro and Serbia, Eldar Hasanov, of his post after authorities arrested the former diplomat last week in Baku, accusing him of embezzlement of budget funds. 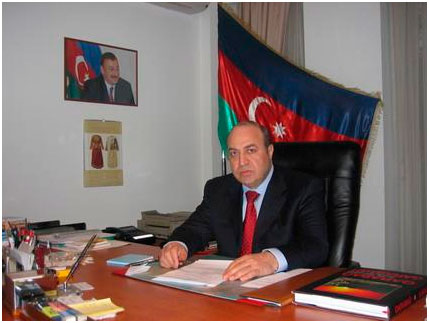 Local media reported that the former ambassador was arrested as soon as the Serbian delegation left the country.

Investigators started looking into Hasanov during the financial audits that came after the Chair of the Azerbaijani Foreign Ministry Office, Farhad Molla, filed a criminal case against a number of ministry officials, including the head of the Consular Department, Faiz Bagirov, accusing them of abuse of office, embezzlement and bribery, according to the statement.

Hasanov will remain in detention during the investigation.

Hasanov was head of the Interpol Azerbaijani National Office in 1992 and 93 and the country’s prosecutor general from 1995 to 2000, often praised for his fight against crime.