Washington is offering US$10 million for a tip that would help authorities prevent possible cyber interference in November elections. 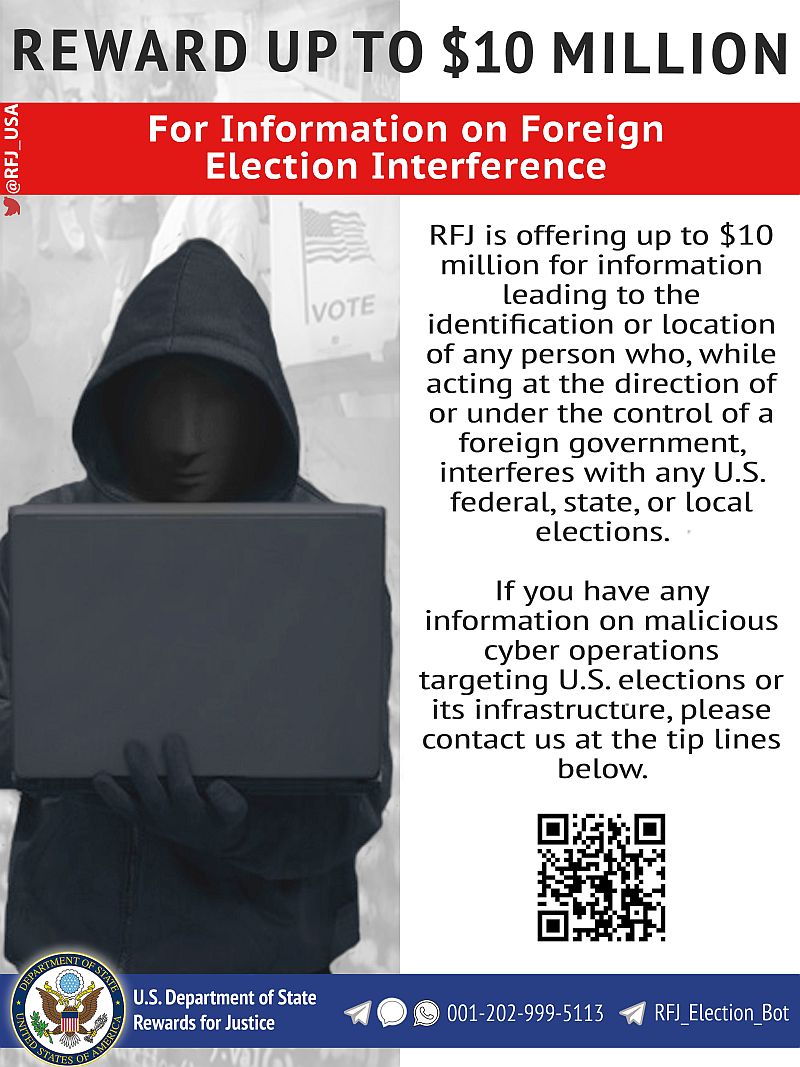 U.S. offers $10 million for trustworthy information. (Photo: Rewards for Justice) The Rewards for Justice (RFJ) program is offering the reward “for information leading to the identification or location of any person who works with or for a foreign government for the purpose of interfering with U.S. elections through certain illegal cyber activities,” the State Department said on Wednesday.

No particular foreign state or entity was named but the offer was made the same day the Department of State’s Global Engagement Center (GEC) released a special report on Russian disinformation and propaganda, focusing especially on proxy sites.

“The Trump administration’s work to secure our democracy continues in other ways as well,” said Secretary of State Mike Pompeo at a press conference.

According to Lea Gabrielle, a GEC Special Envoy, Russia is playing a “significant role in creating and spreading disinformation and propaganda around many topics.”

“The Kremlin bears direct responsibility for cultivating these tactics and platforms as part of its approach to using information and disinformation as a weapon,” she said.

Gabrielle also explained that the Kremlin invests massively in its propaganda channels, using its intelligence services and proxies to conduct malicious cyber activity to support their disinformation efforts.

The U.S. has previously said that Russia interfered in the 2016 presidential election by hacking and releasing emails meant to harm the campaign of Democratic candidate Hillary Clinton.