Albanian authorities said on Monday that they have seized the assets of a media mogul whose wealth is believed to have come from drug trafficking in Turkey and Italy. 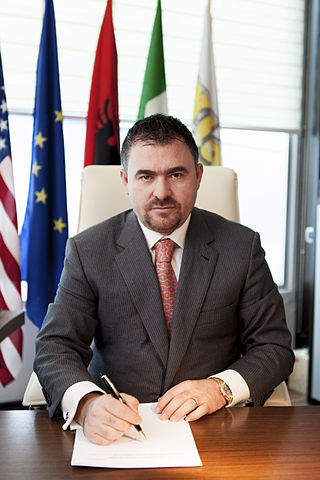 Ylli Ndroqi or Xhemail Pasmaçiu? (Photo: Vasil Bituni, (CC BY-SA 1.0))The Special Prosecution against Corruption and Organized Crime in Tirana said it has confiscated apartments, land, vehicles including a Rolls Royce, two TV stations and shares in various companies based on suspicions supported by evidence that Ylli Ndroqi, known as Xhemail Pasmaçiu, was involved in drug trafficking and organized crime.

In cooperation with Interpol, police formed a case based on information Italian and Turkish authorities have provided. According to those data, Ndroqi was arrested in 1998 in Turkey during a police operation that saw 35.5 kilogram of heroin seized.

At the time he used the name Xhemail Pasmaçiu, but fingerprints taken during that arrest were sent to Interpol and distributed to its Tirana and Rome offices. This is how authorities found that Pasmaçiu was actually Ndroqi.

He was meanwhile arrested in 2015 in Italy for running a drug trafficking organization gathering Albanian citizens.

The press release did not specify what happened to those two cases but it said that the assets of Ndroqi and his family were acquired through criminal activities in Albania, Turkey and Italy.

Arben Kraja, head of the Anti-Corruption and Organized Crime Prosecution Office, told OCCRP that no criminal charges have been filed against Ndroqi but that only the origins of his properties were investigated.

His lawyers stated that they would appeal the court decision and that they consider the accusations against their client politically motivated.

Ylli Ndroqi is a well-known name in Albania. His receptions were often attended by top government officials, such as President Ilir Meta and Prime Minister Edi Rama.

In addition to running construction and media companies, Ndroqi has been the Honorary Consul General of the United Mexican States in Albania since 2012.

His TV stations have lately aired talk shows criticizing Rama, while Ndoqi himself had accused the mayor of Tirana, Erion Veliaj, of trying to silence journalists. Veliaj then accused Ndoqi of trying to blackmail him.