Former FBI director Louis J. Freeh, whom Tallinn hired to help prove to U.S authorities that Estonia was a victim in the Danske Bank money laundering scandal, has previously negotiated a settlement with the U.S. on behalf of a major Russian client accused of large-scale money laundering. 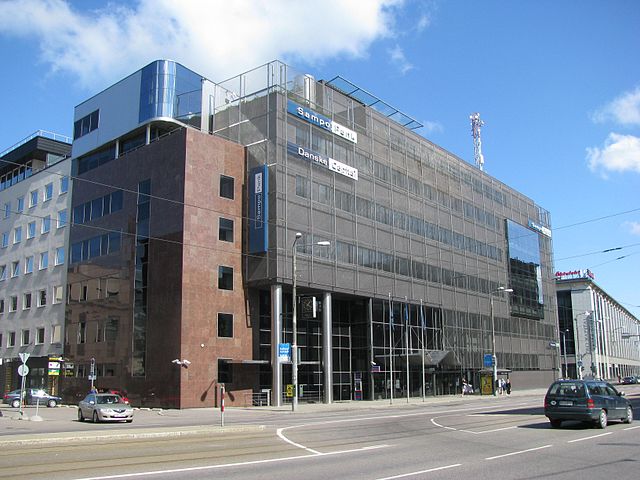 Danske Bank, Estonian branch in Tallin. (Photo: Oop (CC BY-SA 3.0))Both the U.S. Department of Justice and the U.S. Securities and Exchange Commission are investigating the involvement of Danske Bank and Swedbank in the processing of nearly 200 billion euros (US$223 billion) of suspicious payments through their Estonian branches between 2007 and 2015.

Estonian Minister of Finance Martin Helme signed a two-year contract with the law office Freeh Sporkin & Sullivan, worth at least three million euro (US$3.5 million), in hope Estonia will prove it was a victim in the scheme and get a share of the possible hefty fines the U.S. could impose on Danske Bank and Swedbank.

Freeh said in a press conference beginning of this month that he will guide the Estonian Attorney General and ensure the flow of information between the U.S. and Estonian law enforcement agencies.

Minister Helme said earlier that Estonia’s share in the fines that may be imposed could be in the “hundreds of millions if not billions” of euros.

“It is important for the Estonian state to participate in this process as actively as possible, to cooperate with the research institutions of the United States. If, as a result of investigations, fines are imposed on banks, then [we need] to participate as a state in the distribution," he said.

The team of lawyers led by Freeh is hoping to gain access to evidence Estonian and U.S. investigators have gathered about the laundering schemes and has already talked about it with Estonian prosecutors.

The Prosecution Office said it doesn’t rule out the possibility of presenting parts of the investigation results to Freeh, but only “the content that doesn’t compromise the ongoing criminal investigation and is in accordance with the law.”

Court documents, however, indicate that Freeh was only recently helping a Russian-owned corporation accused of money laundering reach a settlement with the U.S. Department of Justice.

Prosecutors had accused Prevezon Holdings Ltd and its owner Denis Katsyv of taking part in the laundering of the proceeds of a $230 million tax fraud which was uncovered by Russian lawyer and accountant Sergei Magnitsky.

After he reported the fraud, Magnitsky was arrested and died in prison.

Some of the stolen $230 million reached the accounts of anonymous offshore companies in Danske Estonia only to be further transferred to Prevezon’s accounts.

U.S. court documents indicate that Freeh was retained by Prevezon to help negotiate a settlement in 2017.

Emails acquired by the investigative journalism outlet Dossier Center and shared with OCCRP show that Freeh was in contact with the notorious Russian lawyer Natalya Veselnitskaya who represented Prevezon.

“Dear Natalia, it was good to meet you yesterday and I commend you for your diligent oversight and management of this important and complex litigation,” Freeh wrote to Veselnitskaya in April 2017.

He indicated his willingness to help reach the settlement and noted that he “was perceived as credible by the U.S. Attorney's Office as well by Judge Pauley” and that it “only means that we can get a good hearing from them.”

Regardless of this Freeh denied working in the interest of Prevezon.