The Marina Bay Sands, a casino in Singapore owned by billionaire Sheldon Adelson, agreed to pay a settlement of US$6.5 million to a Chinese gambler who claimed that the sum had been withdrawn from his account and transferred to other guests without his approval. 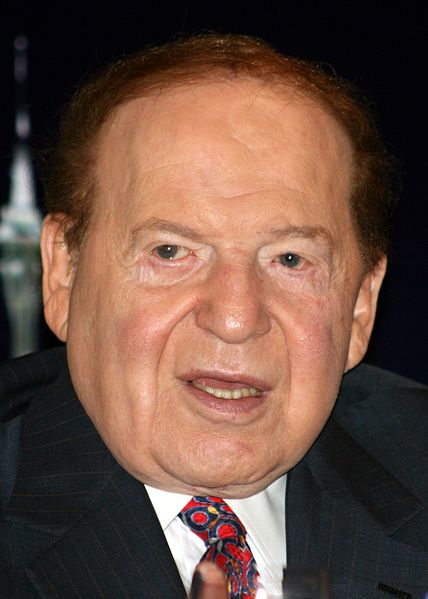 Sheldon Adelson, CEO and chairman of the casino company Las Vegas Sands. (Photo: bectrigger, Wikimedia, License)The out-of-court settlement, which was made in June and was first reported by Bloomberg on Sunday, triggered a series of additional investigations by local Singaporean authorities, who are reportedly considering introducing stricter regulations that would clamp down on money laundering and terrorist financing.

According to the news outlet, Adelson’s Singapore casino, one of the most profitable in the world, is also facing a grand jury subpoena issued by the U.S. Justice Department, which is looking into its role in “money laundering facilitation.”

The multi-million dollar settlement, which rids it of having to make any admission of liability or wrongdoing, follows similar legal actions that Adelson’s casinos have taken in the past.

Its Macau subsidiary was reportedly under federal investigation in 2015 for violating the Foreign Corrupt Practices Act after a former executive claimed that it had paid an intermediary tens of millions to distribute bribes to numerous Chinese public officials.

The U.S. Securities and Exchange Commission closed its investigation after the casino agreed to pay a $9 million settlement, which also cleared it from having to admit any criminal wrongdoing.

At the time, casino magnate Adelson, one of the largest Republican Party donors in history who is reportedly expected to donate over $100 million for President Trump’s 2020 reelection effort, said that his casino was under investigation because he opposed Barack Obama, who was then serving as president at the time.