The French Competition Authority fined on Thursday 12 companies with a total of 93 million euros (US$106 million) for conspiring to force slaughterhouses to sell their meat cheaper and for supermarkets to buy it for a higher price. 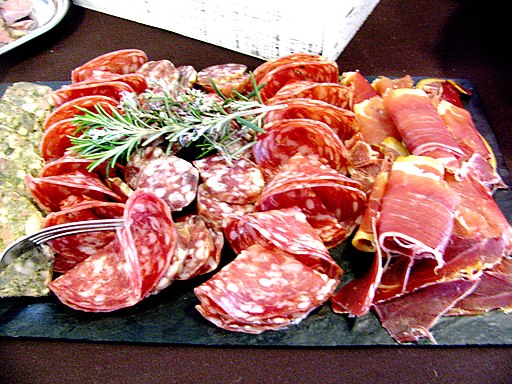 The schemes involved brands well-known by the French public such as Fleury Michon, Aoste, Madrange or Monique Ranou. (Photo: Marianne Casamance, CC BY-SA 4.0)The scheme was revealed with the help of two of the companies involved, Campofrio and Coop, amid special clemency arrangements.

The other companies included big food industry names such as Fleury Michon, Les Mousquetaires and Nestlé.

According to the Authority, between 2011 and 2013, those ham and sausage producers agreed to buy from slaughterhouses in the same price range, compelling them to accept lower prices for their meat. They also agreed to sell many common consumption products to supermarkets at a higher price.

The Competition Authority stressed that “cartels are a very serious problem because they distort the rules of the games and penalize businesses and consumers.”

Based on thousands of documents obtained and seized, the Authority established that the heads of the companies would call each other individually the week before negotiating with slaughterers to agree on an amount.

Then they would keep each other posted on the progress of their side of the negotiations and on the contracts they concluded.

A few times per year, they would also arrange secret meetings in hotels in Lyon or Paris.

“By secretly discussing the position to adopt before negotiations, the deli industrials created an organisational structure that replaced free competition and that removed any uncertainty about the behaviour of their competitors,” the Authority said.

The French Competition Authority had previously uncovered similar cartels in the flour, dairy and even applesauce sectors.