Security forces in Russia have detained a regional governor on suspicion of orchestrating the 2005 murder of several entrepreneurs in the far east of the country. 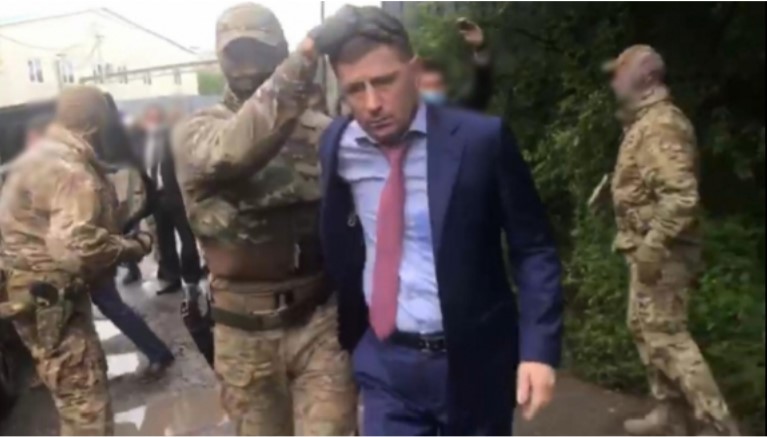 Photos released by the country’s Investigative Committee on Thursday show special agents in camouflage removing Furgal from his car before arresting and transferring him into an unmarked van.

In an accompanying statement, the agency said that Furgal’s arrest came about as “the result of the long and painstaking work of investigators to uncover especially serious crimes,” allegedly committed between 2004 and 2005 across the Khabarovsk and Amur Regions, near the country’s border with China.

The charges against Furgal follow after the arrest of four members of an organised criminal group, who reportedly testified that Furgal had masterminded attempted and actual murders of several businessmen in the area, before themselves being charged for their role in the conspiracy.

The agency added that Furgal will be charged shortly. If convicted, he could face up to life in prison.

A former scrap merchant and member of the Liberal Democratic Party (LDPR), Furgal took office as Khabarovsk’s governor in 2018 after decisively defeating a rival candidate for the post from Vladmir Putin’s United Russia (IPA) party.

While the LDPR has generally proven supportive of President Putin in the past, political analyst Abbas Gallyamov told Reuters on Thursday that Furgal’s victory was at the time seen as a significant dent to IPA’s influence in the region.

He added that the charges against Furgal may have been timed to scare off opposition forces looking to challenge IPA at regional elections, scheduled for September.

LDPR’s head, MP Vladimir Zhirinovsky, known for his brash and confrontational leadership style, reportedly threatened to order party members and their allies in parliament to resign their posts in protest against the recent arrest.

A petition on Change.Org in support of Furgal has also gathered almost 40,000 signatures since it was launched on Thursday.

Last week, Russia held a public vote on constitutional reforms that will enable Putin, if re-elected, to serve as the country’s president until 2036, having already spent almost two separate two-term stints in office.

Following the approval of the proposed measures, there are concerns that the removal of “a bone in the throat for United Russia” - as Furgal is described in the online petition - may well signal the beginning of a wave of repression against the party’s opponents in the months to come.