A US think tank claims that poor enforcement has turned Dubai into a hotbed of dodgy dealings by allowing the emirate to serve as a major crossroad for gray networks and international finance. 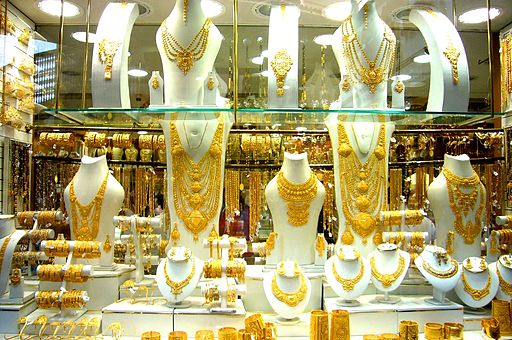 The dreamy, ultramodern coastal metropolis has long been the destination of choice for corrupt foreign politicians and drug traffickers. In Dubai’s Golden Sands, OCCRP showed how easy it was for such shady characters to launder money through the emirate’s real estate and trade sectors.

“Part of what underpins Dubai’s prosperity is a steady stream of illicit proceeds borne from corruption and crime. The wealth has helped to fuel the emirate’s booming real estate market; enrich its bankers, moneychangers, and business elites, and turn Dubai into a major gold trading hub,” the Carnegie Endowment said in its report.

“Although kleptocrats and criminals are similarly active and able to exploit lax regulations in the United States, the UK, and many other European countries, they face significantly more scrutiny from law enforcement, media, and civil society in those countries than they do in Dubai,” it added.

One of the many aspects of Dubai that makes it so attractive to dirty money is the emirate’s almost thirty “free trade zones,” in which there are no taxes and ownership is open to any citizen without regard to their nationality.

Each of these zones have their own commercial regulations, labor laws and property laws, as well as independent regulatory authorities that are themselves subject to virtually no oversight from the UAE’s customs and financial institutions.

In the souks of Dubai, gold of dubious origin, such as from conflict-prone countries in Eastern and Central Africa, enters the legal market without background checks.

The report explained that “on arrival in the UAE, couriers declare their gold to customs authorities (there is no tax) and fill out and sign a gold import form, listing, among other things, an unverified self-reported claim about the gold’s country of origin”.

After passing through the souk’s lower-tier dealers, the gold is likely to land in the hands of one of UAE’s 11 gold refineries, where it is processed into higher purity metal and jewelry before being exported. By the time gold earrings are sold in the US, the trail of their origin has been entirely covered up.

Such opulence belies the city’s darker side, not least with regard to allegations of rampant human rights abuses within its construction industry.

To build its many luxurious hotels and villas, Dubai has reportedly been relying on forced labor.

The so-called “kafala” system, which requires that foreign workers must be sponsored by an Emirati national to reside and work in Dubai, “has led to abusive and exploitative working conditions,” according to the report.