Ryan Kamada, a former judge from Colorado’s 19th Judicial District, pleaded guilty Tuesday to obstructing a federal task force’s large scale drug trafficking investigation, according to a statement from the US Department of Justice. 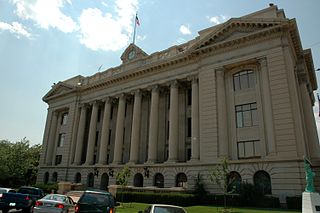 Kamada had known the trafficker since childhood and served with him on the board of the Weld County Latino Chamber of Commerce. (Source: Wikimedia Commons) While serving as the “on call” judge one evening in April 2019, Kamada received a phone call from a task force officer who was seeking a search warrant related to the investigation into the drug trafficker, explained the statement.

“The task force officer pointed out to Kamada that he was associated with the drug trafficker on social media. As a result, Kamada recused himself from the case. But early the next morning, Kamada called his best friend, Geoffrey Chacon, who had also known the drug trafficker since childhood,” it said.

Kammada only warned Chacon to keep his distance from the trafficker, but Chacon promptly passed that information along and the drug trafficker changed his pattern of conduct and substantially interfered with the task force’s investigation.

Chacon himself deleted evidence of his conversation with Kamada and in November pleaded guilty to one count of destruction of records with the intent to obstruct a federal investigation.

According to local media reports, the trafficker was Alberto Loya, a businessman who knew Kamada from high school and had served with him on the board of directors for the Weld County Latino Chamber of Commerce.

Loya was ultimately arrested along with 19 others, who were involved in cocaine trade in and around Greely, Colorado.

Kammada faces 12-18 months in prison, and will be sentenced at a hearing scheduled for December 4.