Italian police in Sicily arrested on Wednesday 45 people believed to be linked to the Cosa Nostra mafia, while German police arrested the clan’s deputy leader in the southwestern town of Wolzburg. 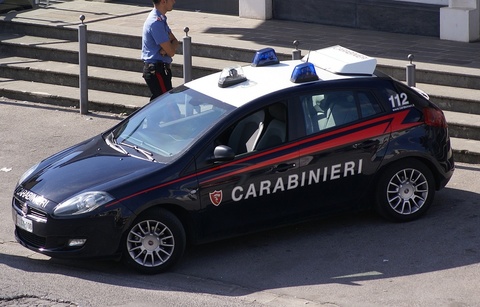 Italian Carabinieri (Photo: Enzo Abramo, (CC0 1.0))“The suspects were involved in drug trafficking, the use of firearms, as well as extortion and corruption in public tenders,” Europol, which coordinated the operation code-named ‘Ultra’, said in a statement on Thursday.

Police raided more than 60 houses in Sicily and seized 1.5 million euros (US$1.69 million) and some important documentation. The operation resulted in “the dismantlement of the Sicilian Mafia Cosa Nostra crime syndicate of Barrafranca,” the statement said.

The suspect identified and arrested in Germany “was taking advantage of his residence in another country to support and re-organize both the criminal assets of the mafia clan in Sicily and the drug trafficking routes used to fund the criminal organization,” the statement explained.

Operation Ultra, led by the Italian Special Operation Department (R.O.S. Caltanissetta) of the Carabinieri, the German Bundeskriminalamt (BKA) and the Landeskriminalamt of Niedersachsen, is the second phase of operation Kaulonia.

The Kaulonia operation, according to Europol, was launched in March 2019 and led to the arrest of 25 suspects. It revealed connections of the crime family of Barrafranca with Germany.

Just a day before, in a separate Europol-coordinated operation, Italian police arrested 12 alleged members of the Italian crime syndicate ‘Ndrangheta, including the leader of a‘Ndrangheta family in Calabria, suspected of international drug trafficking of cannabis and cocaine, and firearms trafficking.

More than 200 Italian Carabinieri were deployed across the Piedmont and Turin regions, following “a long and complex investigation carried out by the Italian authorities with the support of Europol and law enforcement authorities from Croatia, France and Germany,” Europol said in a statement.

Police searched more than 30 houses during the operation code-named ‘Altan,’ and seized a rifle and some narcotics.

The ‘Altan’ operation started in 2017 targeting the ‘Ndrangheta clan Alvaro, “based in the Italian region of Calabria and rooted in several cities across the country,” according to Europol.

Besides Italy, the clan, as the Europe’s Central Investigation Office said, was active throughout the EU.

Europol stressed that the exchange of information with law enforcement authorities from Italy, Croatia, France and Germany was key to crack the case.

“The success of this operation shows the importance of international cooperation in tackling this organised criminal group which is one of the most powerful criminal networks in the world, and controls much of Europe’s cocaine trade, combined with systematic money laundering, bribery and violent acts,” read the statement.