Authorities in New Zealand arrested on Tuesday ten alleged leaders of a recently established local chapter of the international motorcycle gang “The Mongols” - a conclusion to a lengthy anti-organized crime operation. 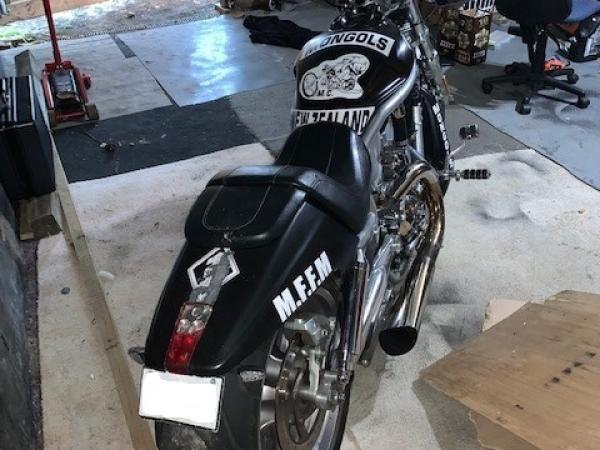 Several motorcycles and cars have also been seized. (Photo: New Zealand Police). It was a short ride for several senior “Mongols” as most have returned to New Zealand less than a year ago after being deported from Australia.

Police said they found during the raid eight firearms, including two AK47s and two MSSAs (military-style semi-automatic). “This brings the total number of firearms seized off the Mongols over the last four months to 28,” the statement said.

“The Mongols are a well-established criminal group, known for drug trafficking, firearms and violent offences,” National Organised Crime Group’s Detective Greg Williams explained. The gang is also operating in Australia and the U.S.

The arrival of the newcomers sparked a violent turf struggle with the local criminal organizations.

“There have been six known shooting incidents involving the Mongols and other gangs,” police said, adding they believe that the seizure of firearms and explosive devices realized earlier this month prevented another attack on a rival gang.

“All these gangs have made it clear that they are prepared to use violence to protect their share (of the drug market). This includes not only arming up, but a very clear propensity to use these firearms and commit other violent acts such as arson, assaults, robberies, (...) seriously impacting on the wellbeing of communities,” Detective Williams said.

According to the New Zealand Herald, the arrested Mongols are believed to be under the leadership of Jim David Thacker, a crime boss deported from Australia last year.

A new immigration legislation has allowed the Australian government to enforce the deportation of members of certain motorcycle gangs and others failing on “good character” grounds.

Between 2015 and 2018, Australia has deported 1,580 people to New Zealand, of which 51 were identified as gang members or affiliates, local outlet Stuff reported.