A court in Zimbabwe released on Saturday the country’s health minister on bail after he was arrested over allegations of corruption and misuse of office regarding the procurement of coronavirus tests and other medical equipment. 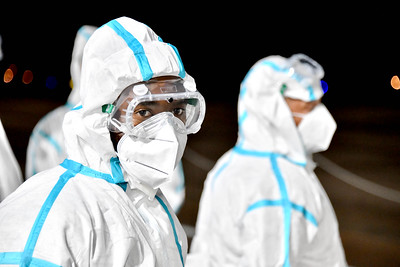 Zimbabwe has reported 512 cases of covid-19 and 6 deaths so far. (Photo: Flikr, CC BY-ND 2.0)The Zimbabwe Anti-Corruption Commission said Health Minister Obadiah Moyo was arrested a day before on allegations of criminal abuse of duty.

Moyo allegedly awarded the US$60 million contract to Drax Consult, a subsidiary of Drax International, without going through the proper procurement process.

According to local outlet DailyNews, authorities had arrested the local representative of the company, businessman Delish Nguwaya, last week as well as several officials of the state-run National Pharmaceutical Company.

Prosecutors reportedly disclosed that Minister Moyo’s contacts with Nguwaya went back to last year and exposed wrongdoings in three other contracts worth millions of dollars that were awarded to companies linked to the businessman.

Moyo allegedly pressured his subordinates to cut off the due diligence inquiry into the companies and award the contracts directly.

The awarding of a public contract in Zimbabwe requires the consent of the country's procurement registration authority, only obtained after due diligence is conducted toward the supplier.

The government canceled all contracts with Drax. Moyo was released on bail but had to surrender his passport and will have to report to police regularly. He is facing 15 years in jail.