The wife of Vladimir Putin’s former deputy finance minister donated £325,000 (US$405,033) to Boris Johnson’s party in the first quarter of 2020 as he and his party continues to delay the publication of a report on Russian interference in the country’s political system that was completed in October. 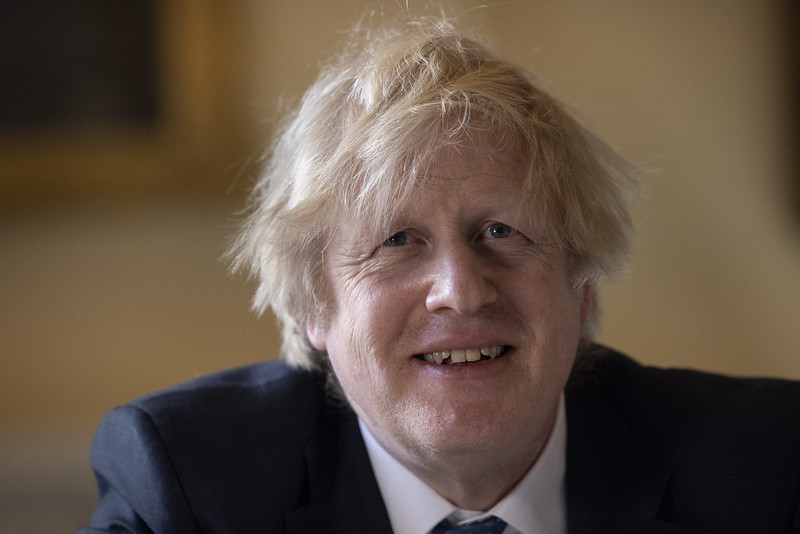 U.K. Prime Minister Boris Johnson and his Conservative and Unionist Party continues to face pressure to release its Russian interference probe after receiving contributions from donors with connections to Vladimir Putin. (Photo: Simon Dawson/Number 10, Flickr, License)Since 2012, Lubov Chernukhin, now a British citizen, has donated £1,960,804 ($2,479,394) to the Conservative and Unionist Party in 54 separate cash donations, according to Electoral Commission data.

This makes her the largest female political donor in U.K. history, according to the Guardian, and part of a group of donors from Russia which faces allegations for having interfered in U.K. elections.

A report on Russia’s efforts to influence British politics has been put together by a committee in the last parliament but has not yet been published.

Chernukhin made headlines for having paid £160,000 ($199,400) for the opportunity to play a tennis match with Johnson, then serving as Mayor of London, and former Prime Minister David Cameron.

A party spokeswoman responded to recent accusations surrounding various donations, saying that “government policy is in no way influenced by party donations – they are entirely separate. Donations to the Conservative party are properly and transparently declared to the Electoral Commission, published by them, and comply fully with the law.”

Despite being legal, there has been long-held speculation that Russian donations may have contributed to why the U.K. report of electoral interference has remained concealed to the public.

After an openDemocracy investigation in 2019 revealed a significant uptick in Russian donors to the Conservative party, Labour MP Ben Bradshaw weighed in on the findings, telling the organization that there appears to be a clear motive for why this report has not been released.

“Now we know one of the reasons Boris Johnson is suppressing the official report into Kremlin penetration of our democracy. It's because of the substantial and growing links between Russian money and the Tory Party,” he said.

Many have weighed in on why Russia may have had a vested interest in a Brexit agenda.

"Without the UK in the EU, there will no longer be anyone so zealously standing up for sanctions against us," Moscow’s Mayor Sergei Sobyanin tweeted back in 2016, the BBC reported.

"Of all EU states, Britain has been the most aggressive towards Russia," political analyst Alexei Mukhin wrote in the tabloid Moskovsky Komsomolets. "It has always criticized us and tried to harm us economically, financially and politically. Brexit will make the European Union more friendly towards Russia."

A U.S. Senate minority report, published in 2018, concluded that “the Russian government has sought to influence democracy in the United Kingdom through disinformation, cyber hacking, and corruption.”