The US Department of Justice has joined a whistle-blower’s lawsuit against California-based engineering firm AECOM, alleging the firm had overcharged the government for its reconstruction efforts after Hurricane Katrina and helped several institutions overestimating damages on their buildings. 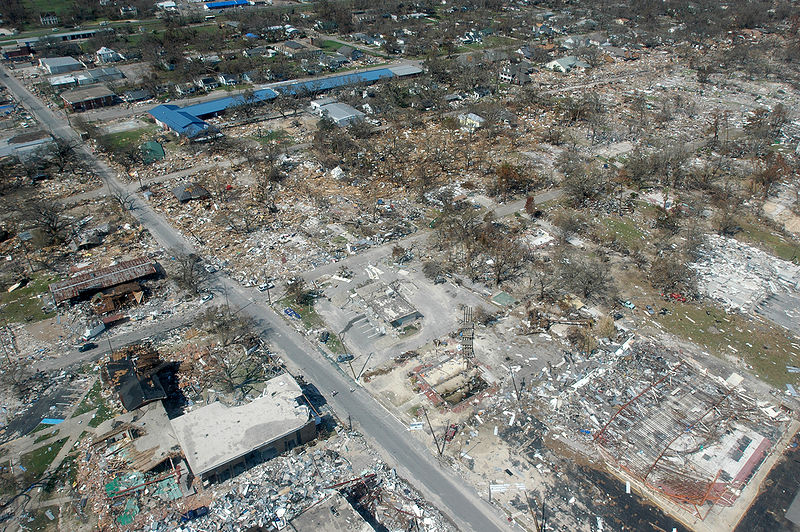 The DOJ unsealed the details of the case on Wednesday, nearly 15 years after the hurricane made landfall on the United States’ Gulf Coast in 2005, devastating the city of New Orleans and the surrounding area.

AECOM, a multi-national engineering firm with nearly 90,000 employees has been a contractor for the Federal Emergency Management Agency (FEMA) which handles disaster relief in the United States, since 1997.

AECOM employees were deployed to the region in the wake of the storm’s devastation to assist in FEMA’s relief efforts by conducting site evaluations to assess the needed repairs.

However, according to court documents, a whistle-blower revealed that AECOM quickly began submitting false information to FEMA to raise the price of their claims.

“Beginning no later than 2008, AECOM employees, including Defendant Randall Krause, repeatedly submitted false or misleading information to FEMA, fraudulently increasing the amount that FEMA paid in excess of $100 million,” a complaint submitted to the United States District Court for the Eastern Region of Louisiana said.

“This included claims of damage to non-existent concrete building foundations and fictitious basements, systematic inflation of cost estimates for damaged items, inflation of building square footage, and submission of fraudulent damage photographs downloaded from the internet,” it said.

This allowed not just the grant applicants for whose claims AECOM employees were evaluating to request more money from FEMA, but for AECOM to submit fraudulent billable hours as well.

Those grant applicants included Xavier University which has since agreed to pay $12 million in restitution to the federal government.

“Defendant Xavier University, a FEMA Program applicant, knowingly, recklessly, and/or with willful blindness submitted and/or caused to be submitted to FEMA false and misleading documentation regarding the existence and extent of damage to its facilities, thereby increasing the amount of disaster relief funding that FEMA provided by at least $16 million,” said the complaint.

Another was Dillard University as well as the Catholic Archdiocese of New Orleans.

This allowed the Church to receive funding for the full replacement of the structure rather than just repairs. In addition the Church also submitted fraudulently inflated claims for two assisted living facilities it ran, garnering another $36 million in funds from FEMA.

However, according to the complaint, it wasn’t just a conspiracy orchestrated by low level employees on the ground.

“By no later than March 2011, management of AECOM was aware that at least one of its employees was engaging in fraud,” the complaint said.

“FEMA plays a critical role in helping communities to recover from natural disasters,” said Assistant Attorney General Jody Hunt of the Department of Justice’s Civil Division in a statement.

“To ensure that FEMA can accomplish its mission and help those truly in need, the department will hold accountable those who seek to defraud FEMA by providing false information about their entitlement to assistance,” she said.