Russian Customs Finds 70 Tons of Cheese Smuggled from the EU

Russian authorities found 70 tons of European cheeses smuggled into the country as construction material which shows how Kremlin’s six-year-old political decision to ban import of food from the EU has given organized crime another opportunity to profit from sanctions. 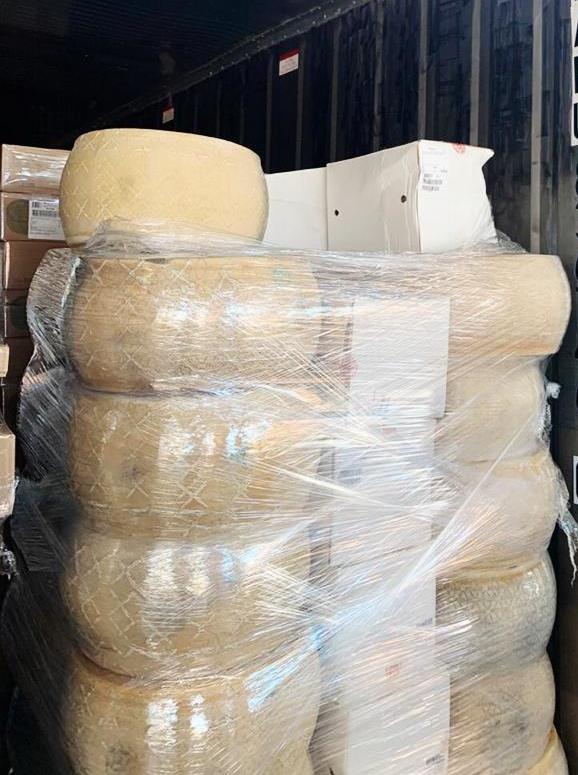 Instead of the declared dispersive rubber which is used to seal joints in construction, containers were filled with well-known cheeses, such as Dorblu Classic, Formaggio Retinato Leone, Chevrano XO or Grana Padano.

Some of the boxes in the containers also contained instant coffee, chocolate cookies, dishwashing and car-wash liquid detergents, according to the statement.

Russian custom officials did not say who is behind the fine-EU-food smuggling, but said that the goods were intended for a Sankt-Peterburg based company.

Following the discovery, Russian officials have been considering a criminal investigation into the case, according to the TASS News Agency.

As retaliation to EU sanctions imposed on Russia over its annexation of Crimea, the country responded with an import ban on EU products in August 2014, to ensure, as it said at the time, “the security of the Russian Federation.”

Since the original decree was meant to “prohibit for one year import on the territory of the Russian Federation of certain agricultural products, raw materials and food items originating from certain countries,” the Kremlin was extending it every year since then, last time in June 2019, prolonging its validity until the end of 2020.