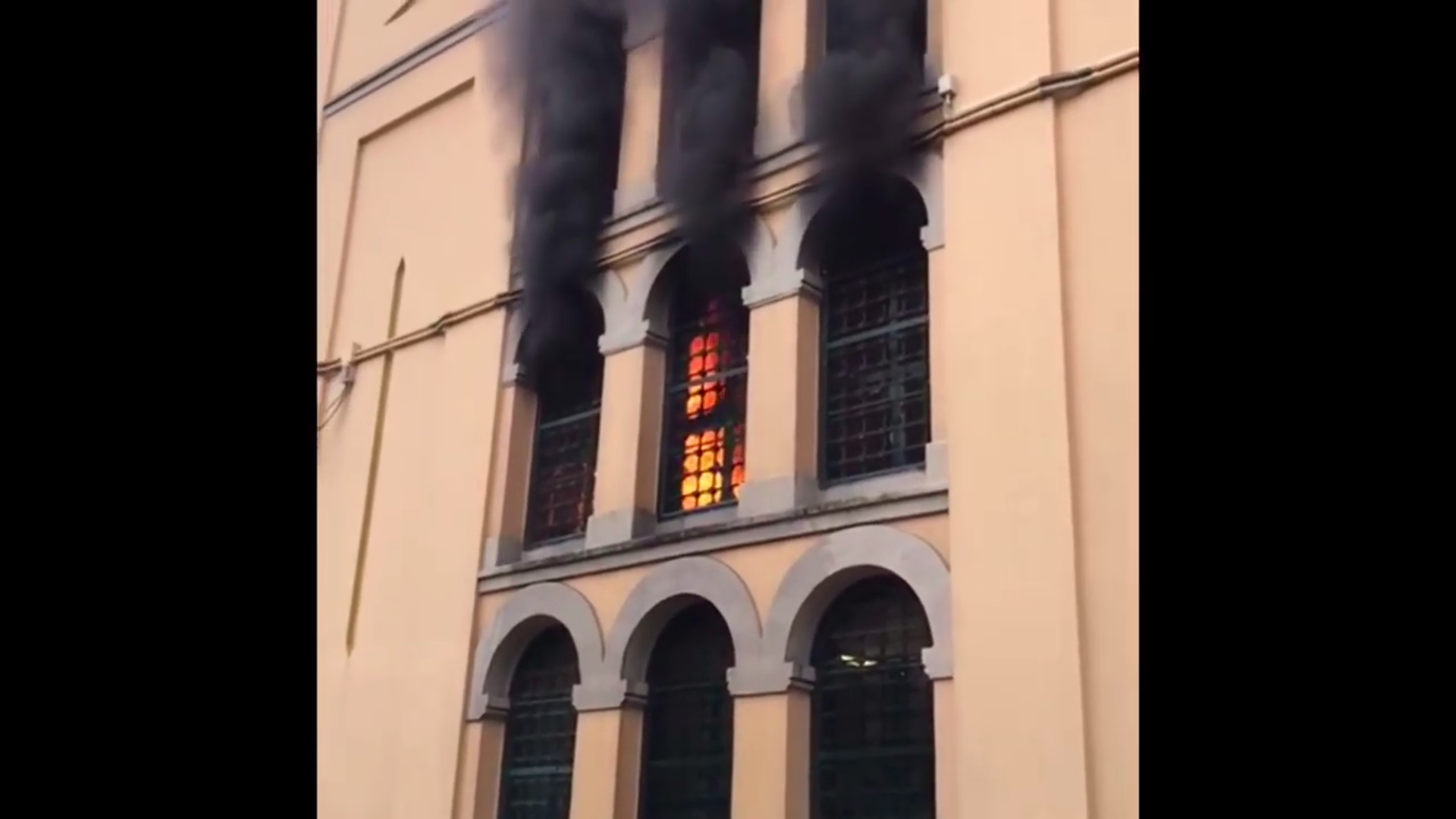 An Italian prison set ablaze during riots reportedly designed to force authorities to release inmates convicted of mafia-related offences (Photo: Sergio Nazzaro)In a report released on Wednesday, the Global Initiative on Transnational Organised Crime has warned that these developments expose how members of organized criminal groups in Italy are continuing to exploit the coronavirus pandemic for their own ends.

The country has one of the largest prison populations in Europe, and facilities across the nation have struggled with overcrowding for many years.So much so that in 2007, an American judge refused to extradite mafia capo Rosarios Gambino on the grounds that Italy’s prison regime amounted to torture, and in 2013, the European Court of Human Rights ruled that such conditions stood as a direct violation of prisoner’s basic rights.

The recent riots took place between March 7 and 11. By the time the violence was quelled, 14 prisoners had died, and hundreds of prison officers had been injured.

Damage to facilities ran into the tens of millions of euros, and at a prison in the south-eastern town of Foggia, 72 inmates were able to stage a mass escape. Authorities have since recaptured more than 60, but at least 11 remain at large.

Sergio Nazzaro, author of the recent report, said that it is “credible” that mafia inmates started and coordinated the riots so as to put pressure on authorities to capitulate to their demands for early release because of an increased risk of coronavirus infection at the country’s penitentiaries.

“While Italy has struggled to cope with the COVID-19 emergency, as have many other European countries, Italian mafia groups have managed the emergency to perfection,” he said.

Nazzaro explains that in the context of widespread requests for release, the timing and extent of the riots reveal the mafia’s intricate knowledge of the country’s legislation on the regulation of prisons, and exactly how to exploit it.

“Their resolute determination and capacity to coordinate activities illustrates not only the danger they pose, but also their ability to seize opportunities as soon as they arise,” he said.

Around 456 further requests for release are currently pending, including an application from the Camorra boss Raffaele Cutolo, who is serving multiple life sentences for murder.

Global Initiative’s warning comes shortly after the Guardian reported that a recent crimewave in the southern region of Puglia suggests the emergence of a new, ‘fifth mafia’, to accompany the historic ‘Big Four’ families: the Cosa Nostra in Sicily, the ‘Ndrangheta in Calabria, the Camorra in Naples and the Sacra Corona Unita from Apulia in the south.

Rising violence in the city of Foggia points to the growing power of a new clan in the region, with an average of one murder a week, an extortion attempt every two days and a daily robbery between 2017 and 2018, according to the report.