An unusual drug smuggling effort from 2018 may soon get an epilogue after prosecutors in the Hungarian city of Csongrad raised charges this week against three men suspected of having tried to use a paraglider to deliver drugs from Serbia to Hungary. 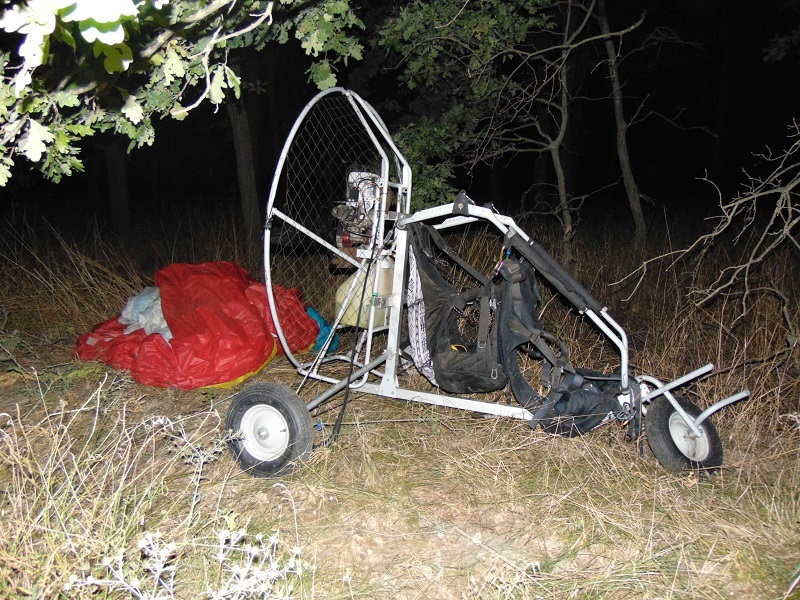 Motorized Paraglider used in a drug-smuggling attempt. (Photo: Hungarian Police)The three had known each other for years, shared the same hobby and knew other motor paragliders in neighboring Serbia, a statement from the Prosecution Office said.

In May 2018 the suspects started paragliding between the two countries, looking for suitable terrain for taking off and landing. They soon picked the village of Horgoš in the Serbian province of Vojvodina, near the Hungarian border, as a starting point.

Three months later, they travelled to the Vojvodina’s capital Novi Sad where they purchased 17 packs, or about 18 kilos of marijuana, stuffed them in black bags and hid them near their chosen take-off spot.

Two weeks later they came back, attached the packages to a paraglider and waited for the night when one of the three took off for Hungary.

But 10 minutes later, after he already flew over the border, the engine of the paraglider started failing and the suspect had to conduct a forced landing at a field near the village of Tiszasziget, some 600 meters from the Serbian border.

“The suspect suffered a tailbone fracture during the landing, but was still able to hide the drugs among the trees before the border guards who detected the illegal border crossing came to the spot and took him to hospital,” according to the statement.

Police discovered the hidden packages a day later while searching the site. During the investigation, the main suspect revealed the names of his two accomplices.

The three should soon appear before the court in the city of Szeged to face the judge for “illegally crossing the border” and of possession of “a significant amount of drugs,” with a black market value of 36.2 million Hungarian forint (US$ 110,590) at the time.