Democracies across the globe are receding into authoritarianism with Central Europe and the Balkans spearheading the process, according to a new report released by Freedom House, a US nonprofit that conducts research on democracy, political freedom, and human rights. 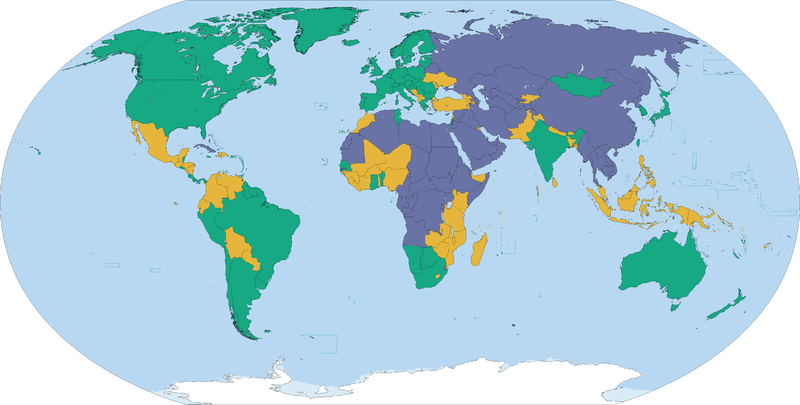 Freedom House's 2016 world map which divides nations into democracies, autocracies and hybrid systems. (Source: Wikimedia Commons)Looking at the region stretching from Central Europe to Central Asia, Freedom House noted democratic breakdowns in the 29 countries of it’s Nation’s in Transit (NIT) group, leaving less democracies in the region than at any point since the breakdown of the Soviet Union and the Eastern Bloc.

Particularly hard hit has been Central Europe and the Balkans which, according to the report,  has seen a decline from 15 democracies to ten in the past decade.

Freedom House divides nations into three categories: democracies, autocracies and hybrids. In 2020, Hungary was the first country to drop two tiers by Freedom House’s standards, from democracy straight into autocracy, after Budapest adopted an emergency law that allows the government of Prime Minister Victor Orban to rule by decree.

In the Balkans, Serbia and Montenegro under the leadership of Aleksander Vucic and Milo Djukanović respectively, have fallen from democracies to hybrids.

One of the factors driving the decline, Freedom House found, is aggressive foreign policy of Moscow and Beijing, whose international interests often find themselves at odds with the burgeoning of local democracy.

“Xi Jinping’s regime is not so much spreading its own one-party model as it is spreading its influence, tailoring solutions to local needs, taking advantage of institutional weaknesses, and wedging itself into corrupt political and economic structures,” said the report.

One way China has spread its antidemocratic influence is through tech infrastructure. The Chinese company Huawei has signed agreements with ten of the NIT countries to provide  surveillance cameras and other monitoring equipment.

Another avenue of Chinese influence has been termed ‘Debt Diplomacy.’

“China’s advantage in the region is its ability to grant loans with few strings attached” the report explained. “As a result, foreign-held debt in the region is increasingly found in the hands of the Chinese government: Tajikistan, Montenegro, and North Macedonia owe 41, 39, and 20 percent of their debt, respectively, to China.”

However, Freedom House’s findings weren’t only dim and dour. Armenia for example had the largest two-year increase in democratic rating in the nearly 30 years that Freedom House has been monitoring the region, while Ukraine, Moldova, Macedonia and Kosovo all made progress towards more democratic systems.

To combat the global slide into authoritarianism, Freedom House’s report offered several recommendations for moving forward. They included making democratic values a priority in bilateral relations, monitoring corrosive Chinese influence, imposing sanctions on those who abuse human rights and corruption while invigorating grassroots movements in support of democracy and the fight against kleptocracy.