The Israeli Supreme Court on Wednesday rejected two petitions brought against the country’s embattled prime minister, who sits at the centre of an ongoing corruption scandal. 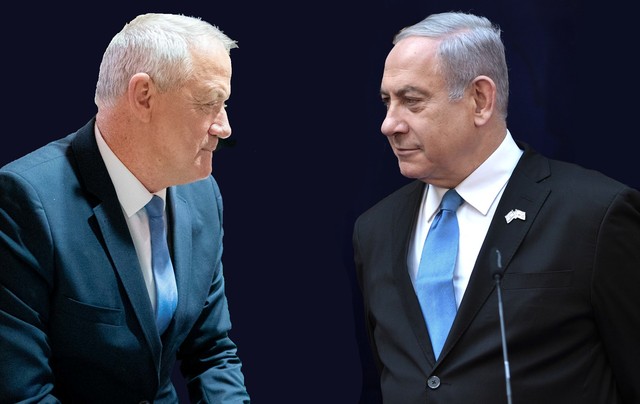 Eleven of the court’s 15 justices said there was no legal reason to intervene in the coalition agreement between the two parties, the Haaretz reported.

“As the matter pertains to the terms of qualification as they are enshrined in law, a withstanding indictment against a member of Knesset does not prevent tasking him with forming a government, and as a result, to lead it,” the outlet cited from the court’s ruling.

Practically, the court allowed Netanyhu to form the government and lead it despite the fact that the Israel’s Attorney General Avichai Mandelblit charged Netanyahu in November with bribery, fraud and breach of trust. The accusations are based, among other things, on police allegations that he granted state favors worth hundreds of millions of dollars to an Israeli media businessmen in return for gifts and favorable coverage.

Commenting on the coalition between Netanyahu’s Likud and Gantz’s Kahol Lavan parties, the court reportedly added that despite the judicial difficulties arising from the deal, “there was no room to intervene in any of its clauses, also in light of the amendments and clarifications made by the prime minister, Likud and Kahol Lavan.”

However, the judges also said that the ruling is “not to undermine the severity of the charges pending against Netanyahu… and the difficulty derived from the office of a prime minister accused of criminal activity.”

The leading Israeli politician’s trial is set to start on May 24.

Reactions to the ruling were as expected. Netanyahu’s Culture Minister Miri Regev tweeted that the justices had been correct in their ruling, saying that “in Israel the people are the ones that decide, and the people have spoken.”

Among the opposition, Nitzan Horowitz, the leader of Meretz party, said that the High Court should have ruled that a person under criminal indictments cannot be tasked with forming a government. “We deserve a government that is not corrupt,” he tweeted.

His party colleague Tamar Zandberg was even more direct, stressing that she accepts the court’s decision, but adding that “even if it’s legal, it still stinks.”

Late on Wednesday evening, soon after the court’s ruling and after days of intensive discussions, a special committee of the Israel’s Knesset approved a bill to form the unity government.

The committee practically approved an amendment on the Basic Law on Government, approving the rotation government with Netanyahu and Gantz switching on its top every 18 months. Both blocs, according to the decision, “shall maintain an equal number of ministers and deputy ministers.”