Israel’s largest bank agreed to pay nearly a billion dollars after pleading guilty on Thursday for conspiring with US taxpayers to hide their money offshore, and for participating in FIFA’s international bribery conspiracy. 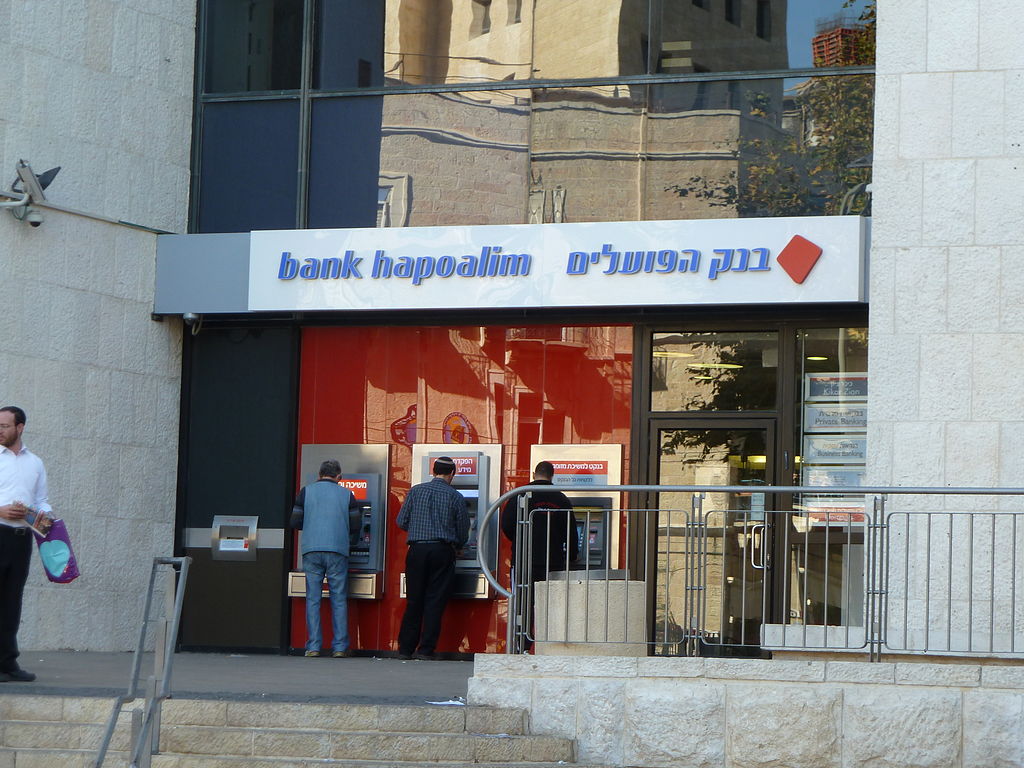 Bank Hapoalim plead guilty to money laundering and facilitating billions in U.S. tax evasion. (Credit:Djampa / CC BY-SA 4.0) From 2002 to 2014, Bank Hapoalim assisted in the tax evasion of over US$7.6 billion by setting up more than 5,500 secret Swiss and Israeli accounts for its clients, according to the U.S. Department of Justice. From 2010 until 2015 the bank also laundered more than $20 million in bribes and kickbacks to corrupt soccer officials.

The bank agreed to pay $874.27 million to U.S. financial authorities for their role in facilitating offshore U.S. tax evasion, the second-largest recovery by the Department of Justice since 2008.

According to documents filed in a Manhattan federal court, at least four of the bank’s top executives, including two of its former board members, were directly involved in both “aiding and abetting tax evasion of U.S. taxpayers”.

“There is no excuse for a foreign financial institution to unlawfully assist wealthy Americans in flouting their responsibilities to pay their taxes,” said IRS Criminal Investigation Chief Don Fort.

The same day, Bank Hapoalim also agreed to hand over the more than $20 million it made by participating in FIFA’s internationl bribery conspiracy, as well as pay a fine of nearly $10 million, the Justice Department said in another statement released Thursday.

According to the Justice Department, it was through Bank Hapoalim Florida Branches, that executives of the Argentine Sport media company, Full Play S.A, were able to offer bribes and kickbacks to FIFA officials in exchange for broadcasting rights.

“This announcement illustrates another aspect in the spider web of bribery, corruption and backroom deals going on behind the scenes as soccer games were played on the field,” said Assistant Director in Charge William F. Sweeney of the FBI’s New York Field Office.

“Bank Hapoalim admits executives looked the other way, and allowed illicit activity to continue even when employees discovered the scheme and reported it,” he said.

The largest bank in Israel, Bank Hapoalim was founded in 1920 during the British mandate period by the General Organization of Workers in the Land of Israel, known as the Histadrut, which would become Israel’s national labor union after the establishment of the state in 1948.

In 1983, the bank was nationalized by the Israeli government and held under its control until the late 1990’s when, in the largest privatization in Israeli history, it was sold to a group of investors led by Ted Arison, founder of Norwegian and Carnival Cruise Lines.

Today it is owned by his daughter, Shari Arison, who, as the richest woman in the Middle East, is worth $3.8 billion according to Forbes.

The Bank, which had several of its offshore entities leaked in the Panama Papers, was also found to have been embroiled in the bribery charges hounding Prime Minister Benjamin Netanyahu, as well as a money laundering case involving the Katsyv family, which was sanctioned under the Magnitsky act, named after the lawyer who was murdered for exposing the largest tax evasion scandal recorded in Russia.

With 250 branches in Israel, as well as several international offices, its clients include Jared Kushner who has taken out four loans from the bank, the New York Times reported.