Colombian authorities said that they have opened an investigation into the possible involvement of government officials in contract irregularities linked to the country’s response to the COVID-19 pandemic. 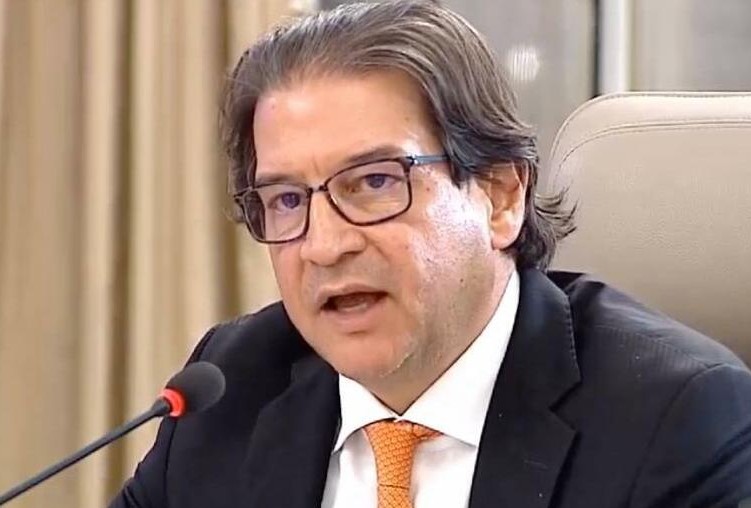 Colombian Agriculture Minister Rodolfo Zea. (Photo: Agriculture Ministry Colombia)Chief Prosecutor Francisco Barbosa said at a press conference on Friday that he asked the Colombian Supreme Court to investigate the role of the country’s agriculture minister in the alleged misappropriation of emergency coronavirus funds.

Barbosa, along with the country’s Inspector General Fernando Carrillo and the Comptroller General Felipe Córdoba, in charge of overseeing public spendings, said that Agriculture Minister Rodolfo Zea was among those suspected of corruption.

Besides Zea, investigators announced they were probing six other people and two governmental agencies - the National Planning Department, which is suspected of having transferred emergency funds to ghost accounts, and agricultural support agency Finagro, believed to have granted emergency credit to big companies instead to farmers whose production was hit by the spread of the disease.

The suspicion arose after a farmer was unable to access Finagro’s credit lines and started complaining to the country’s Comptroller’s Office, which then realized that only two percent of subsidized credits went to small producers.

It wasn’t fair that after the opening of the line of credit, instead of supporting small producers, Finagro had allocated billions to 20 large companies that already had billions of dollars in annual sales and did not need any subsidies, Colombian BluRadio reported.

The head of the Comptroller’s Office, Felipe Córdoba, warned at the press conference that “large agribusinesses and marketers keep most of the resources” of up to 252 billion pesos (US$62.5 million) and have been using them for “non-productive activities.”

The president of Finagro, Dairo Estrada, told local media that minister Zea signed a resolution in late March, to establish rules for the credit, adjusting the policies so to guarantee that “money goes where it should go.”

In accordance with the Colombian legislation, the Prosecutor’s Office cannot investigate government officials, but the state’s Supreme Court can, which is why Barbosa called on that court to take over the investigation.