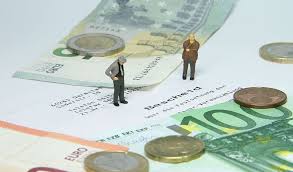 Swiss authorities received 7,705 reports about possible money laundering. Photo: wallpaperflareThe assets the reports covered amount to a total of CHF12.9 billion (US$13.2 billion) and originated mainly from suspected fraud or corruption offences, it said, adding that over 60 percent of the amount belongs to people from abroad.

Almost all reports were made by banks or payment service providers. The department processed and passed more than 2,000 cases to judicial authorities, including 114 of suspected terrorist financing.

MROS announced the results alongside a new strategy to enable the agency to process money laundering reports more quickly. It has increased its workforce with the addition of 12 new, full-time staff members, which it claims will make it better able to make a stronger contribution to the detection of trends and methods in money laundering and terrorist financing.

Switzerland is ranked in third - right after the Cayman Islands and the United States - in the 2020 Financial Secrecy Index, which is put together by the Tax Justice Network, an independent network focused on international tax and financial regulation, including the role of tax havens.

The country’s famed banking secrecy laws are still functional though the move towards automatic tax information exchange through the Common Reporting Standard has started to erode this secrecy, it said.