Without giving any public explanation, Pakistan removed about 1,800 names from its terrorist watch list since the beginning of March, according to data collected by New York-based regulatory technology company Castellum.AI. 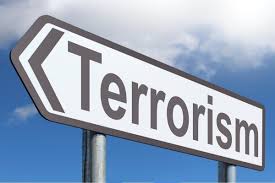 “Adding a name to a terrorist watchlist typically means that a person's finances, travel and ability to be part of a society are severely restricted,” the CEO of the New York-based regulatory technology company Castellum.AI, Peter M Piatetsky told OCCRP on Wednesday.

“This is the largest removal on any watchlist that we have seen,” he said. “Looking at a similar time period between February and April, when Castellum.AI identified Pakistan's removal of about 1,800 names, other watchlists lists showed an average of 4.3 names removed,” he said.

Among the removed names is that of Zaka ur-Rehman, who was listed as the suspected leader of the extremist Islamist terrorist organisation Lashkar-e-Taiba and one of the alleged masterminds of the Mumbai attacks in 2008 when at least 174 people were killed.

According to a report from the Financial Action Task Force (FATF), a global money laundering and terrorist financing watchdog, in October 2018, Pakistan’s Proscribed Persons List had 7,600 names.

Since then, 2,000 names have been removed gradually until March, when more than 1,800 names were transferred to the country’s Denotified List, a term used in Pakistan to signify an official removal.

“International standards call for transparency in both the listing and delisting process. This is to ensure that no one is placed on the list without sufficient reason, and that if someone is delisted, there is proof that the listee is no longer engaged in malign activities,” Piatetsky explained, adding that Pakistan is likely modifying its lists to make them look better and appear to be complying with international standards set by the Financial Action Task Force.