An oversight committee of the Israeli parliament suspended on Wednesday a decision that was allowing police to use cellphone data to track the movement of coronavirus infected people as part of the country’s efforts to enforce the lockdown. 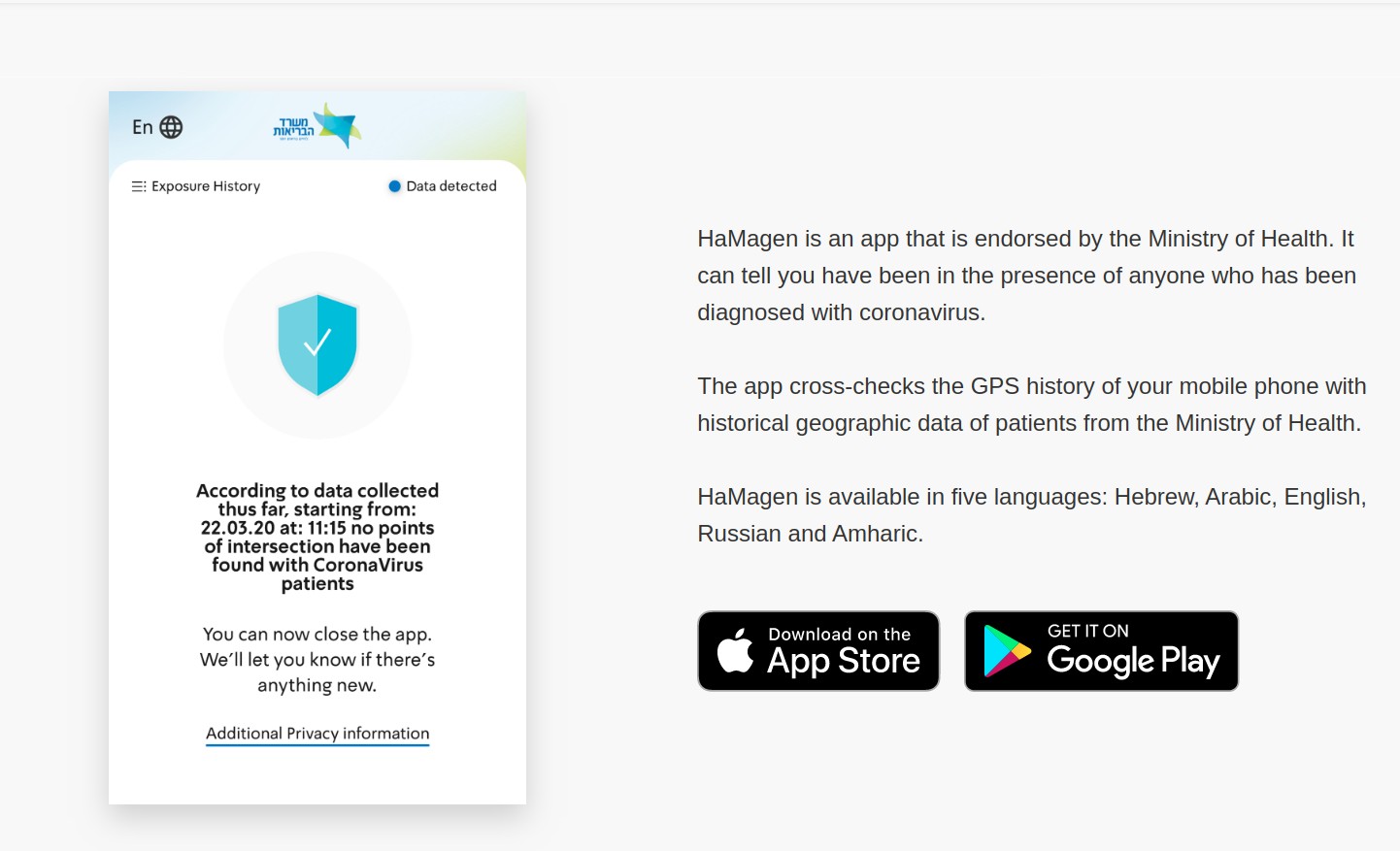 The Health Ministry launched a month ago the (smart-) cellphone application HaMagen (The Shield) which allows the “identification of contacts between diagnosed patients and people who came in contact with them in the 14 days prior to the patient's diagnosis of the disease.”

The Ministry explained in a statement last month that the app cross-references a person’s location data with the location of a corona patient and as soon as a match is identified, it is reported to the Ministry, while the person is directed to a link that contains further instructions.

When approving the application, Israel’s government invoked emergency regulations to give police access to smartphone data, but pledged that any extension after one month use would require the Knesset’s green light.

The one month period expired on Wednesday and the Committee decided to block an extension bill proposed by the Government.

“The utility offered by this (smartphone tracking) is outweighed by the great harm inflicted to privacy,” Ayelet Shaked, a member of the Knesset’s Committee and the country’s ex-Justice Minister, tweeted.

Until the Knesset’s Committee suspended the surveillance of people this way, police managed to conduct some 500 random location checks daily, using a list of over 13,000 provided by the Health Ministry, IsraelDefense media outlet reported, citing a committee’s spokesperson.

More than 200 people suspected of violating their quarantine have been arrested during the “surveillance” month.

Suspension of the cellphone tracking app, however, is not the end of surveillance of people in Israel. The country reportedly continues using its intelligence service to track confirmed carriers and identify those exposed to them.