Australian bank Westpac has said it is setting aside more than AUS$900 million (US$570 million) to resolve allegations it facilitated more than 23 million breaches of anti-money laundering and counter-terrorism laws. 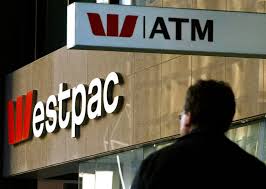 Westpac braces a penalty. (Photo: Scott Lewis)The bank announced the provisions on Tuesday, ahead of an anticipated fine from the country’s financial regulator, the Australian Transaction Reports and Analysis Centre (AUSTRAC).

Westpac has maintained that the breaches came about as the result of a bug in the bank’s system. Some of the transactions processed are believed to have been payments to known child sex offenders in South East Asia.

The bank added that it may also be required to carry additional costs of up to AUS$130 million (US$82 million) related to improvements to its financial crime response measures.

Westpac announced plans to tighten its controls on 25th November last year, in addition to pledging further support for industry-wide initiatives to enhance financial crime monitoring. It also said it would provide resources to organisations working to eradicate child exploitation.

Newly appointed chief executive at the bank, Peter King, reportedly added that about 200 new staff had been recruited as part of the new measures.

King assumed office last November, following the departure of CEO Brian Hartzer and chairman Lindsay Maxsted in the wake of the allegations.