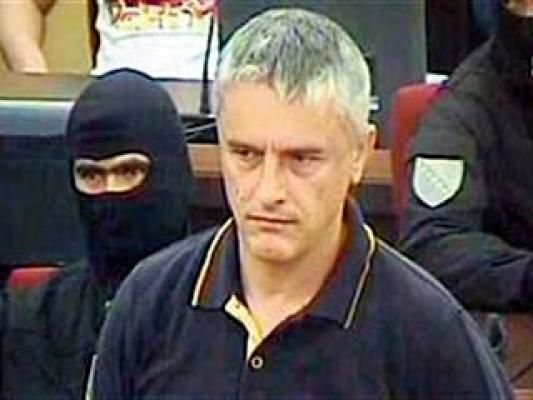 A plot to murder one of the region’s most notorious drug dealers, Naser Kelmendi, was discussed last week before the Court of BiH during the trial of suspected narco trafficker Zijad Turković and 13 other suspected members of his organized crime group.

The testimony provided by Isljam Kalender, a Bosnian citizen who is serving time for drug smuggling, detailed a plan to kill Kelmendi with a 14 kilogram bomb.  Turković has admitted to the plot.

Prosecutores allege that Turković is the leader of an organized crime ring that was involved in drug and weapons trafficking, robbery, extortion, money laundering, and murder.

Kalender, once a close associate of Turković who served as the best man at his wedding, claimed that Turković was planning to kill his rival drug boss Naser Kelmendi, the Albanian-born leader of what law enforcement have dubbed a “Balkan criminal empire.”

Turković allegedly planned to detonate a bomb at the wedding of Kelmendi’s son Elvis last February at the Radon Plaza Hotel in Sarajevo.

According to Kalender’s testimony, Bosnian Semir Cerić Koke, a folk singer hired to perform at Elvis Keljmendi’s wedding, was also implicated in the plot.  Kalender told the court that Turković heard about the wedding from Koke, instructing the singer to inform him if Naser Keljmendi was attending the wedding.

Upon seeing Kelmendi arrive, Koke allegedly sent an SMS to Turković, confirming the gangster’s presence, and informed Turković about when the party was scheduled to end.

The 14-kilogram bomb was allegedly delivered from the north eastern Bosnian city of Bijeljina by Željko Đurić Brko, another defendant in this case. Kalender said that Turković brought two boxes of metal ball bearing balls to “amplify” the bomb’s effect. Rajko Milovanović, now deceased, was in charge of placing the bomb near Kelmendi’s seat or next to his private automobile.

The bomb was supposed to be detonated by Milenko Lakić, another defendant in this case. Đurić allegedly said that up to 150 people might get killed by the bomb, but that Lakić and Turković were prepared for this.

Kalender said he told Milovanović that he would also be killed as part of the plot, which is why Milovanović sabotaged the plan.

Kalender also described a plot to assassinate Kelmendi in a café bar called "Akademija" in Sarajevo. Milovanović was supposed to bring the bomb, which would then be detonated by Lakić. Kalender said that he saw Kelmendi entering “Akademija” with Naser Orić, a former Bosnian army general whose conviction for war crimes in BiH was overturned by the International Criminal Tribunal for the former Yugoslavia, attorney Midhat Kočo and his wife.

Allegedly, Lakić was under the influence of drugs, and brought the bomb to the wrong bar. Kalender testified that while he knew that Lakić had made a mistake, he did not remind him of the correct location. Kalender later told Kočo about the failed assassination plan, adding that he did not want to see Kočo, “an honest man,” get killed. Kočo allegedly asked Kalender if he was prepared to tell Kelmendi what he knew, which Kalender did.

During his testimony, Kalender also described the way in which Turković planned to kill Anes Kurbegović, Dragan Perišić Bejbi (Baby), and Mensur Aluičević known as Krme (Swine) and Menso Krivih Usta (Twisted Mouth). All the murder attempts fell through, as Milovanović missed his targets each time. Once he allegedly shot an anti-tank missile into the wrong house, and the other two times he was unable to shoot his targets with a gun.

Turković allegedly owned a special phone-tapping device from the US, and he used it to kept track of Kurbegović’s whereabouts.

According to Kalender, the price of a hit varied between 10,000 and 30,000 Euros. He also added that Rajko Milovanović was killed because Turković owed him money and he, Rajko, knew too much. Kalender also added that Lakić was a murder expert and only worked when he was under the influence of heroin.

Kalender also testified about the murder of Mithat Mekić and his pregnant girlfriend Maria Salas-Cortez. Mekić allegedly has close ties to the Serbian drug cartel, and went on several “business trips” to South America, at the orders of his Serbian bosses. Kalender’s testimony on the murders of Mekić and Salas-Cortez closely matched the testimony of Sead Dumanjić, a convicted member of Turković’s organized crime group.