The UK’s largest bank has alerted financial intelligence authorities to possible breaches of anti-money laundering regulations at its Australian subsidiary. 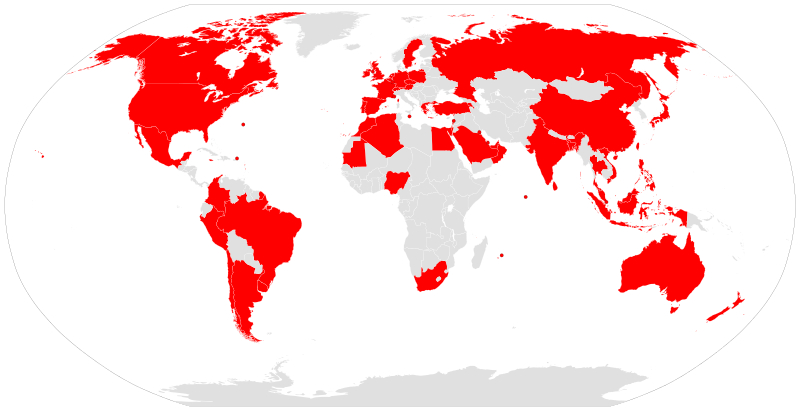 It did not specify the number of possible breaches, but said that the issue relates to a limited category of transactions.

The report added that the regulator may find the bank “has engaged in misconduct, including breaches of law,” and that those findings “may result in litigation, fines, penalties,” as well as other punitive measures.

A spokesperson told OCCRP on Thursday the bank does not comment on its engagement with regulators.

The disclosure makes HSBC the most recent bank to find itself embroiled in scandal over money laundering in Australia.

In November 2019, AUSTRAC began civil penalty proceedings against Westpac after the bank revealed that a bug in its software had facilitated some 23 million alleged breaches of money laundering regulations between 2011 and 2018.

Australia’s minister for home affairs, Peter Dutton, slammed the bank for giving “a free pass to paedophiles” amid allegations that some of the unchecked transactions may have been payments to known child traffickers, according to Reuters.

Any single violation of Australia’s anti-money laundering legislation is liable to incur a maximum fine of US$13 million, meaning that Westpac is theoretically eligible for a total penalty of $329 trillion - an amount just $30 trillion shy of the combined wealth of the entire planet.

The proceedings against Westpac follow after the Commonwealth Bank of Australia (CBA) entered into a $437 million settlement with AUSTRAC in 2018, resolving similar claims that it violated anti-money laundering regulations and counter-terrorism laws.

Robert Wyld is a lawyer and anti-corruption specialist based in Sydney. He told OCCRP that because the case concerning HSBC is relatively new, it may be some time before further details of the potential breaches are made public, if at all.

“We won’t know unless there is a public resolution of a proposed settlement, then we might hear about the nature of the transactions - was it a lack of due diligence, violations of international sanctions, financial traffic related to terrorism or some other form of suspicious organised crime that should have been reported?” he said.

It is not the first time HSBC has encountered trouble with regulators and other enforcement bodies over alleged money-laundering violations and dodgy tax dealings.

In July 2012, the US senate issued a report alleging that the bank had breached money laundering regulations in facilitating transactions linked to drug cartels in Mexico, as well as enabling Iran and North Korea to circumvent sanctions designed to curb their development of nuclear capabilities.

Bloomberg reported that the bank reached a $1.9 billion resolution with US authorities in December of that year to settle the allegations, but in 2016 the families of four Americans killed by Mexican cartels sued the bank for contributing to their deaths by allegedly laundering billions in proceeds from drug trafficking, as reported by the Guardian.

In November 2012, the Guardian also reported that HM Revenue and Customs, the UK tax authority, was probing accounts with links to “serious criminals” registered with HSBC on the Isle of Jersey, a known tax haven. Then, the following year, the bank came under fire in Argentina when authorities accused employees of using fake receipts to facilitate laundering activities worth $77m, according to the BBC.

HSBC got into hot water again in 2015 amid allegations it had engaged in aggravated money laundering in Switzerland. The eventual settlement, in which the bank agreed to pay $41 million, was at the time the largest ever imposed by Swiss authorities, as reported by the Guardian.