Russia Sold to the US Ventilators Produced by Sanctioned Company

Ventilators Russia sold to the US last week to help fight the coronavirus pandemic have been produced by the subsidiary of a Russian company that has been under US sanctions since 2014, reports say. 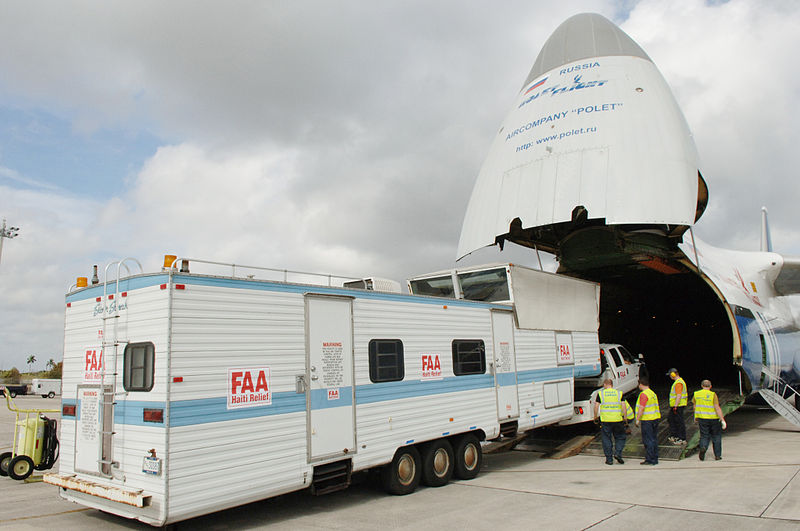 Russian medical aid arrived in New York on Wednesday (Source: Wikimedia Commons)After a phone call between President Donald Trump and President Vladimir Putin, the ventilators and other equipment arrived in New York on a military plane. Footage produced by Russia’s State Television and shared by NBC news shows boxes inside the plane with labels saying “Aventa-M.”

Aventa-M ventilators are produced by Ural Instrument Engineering Plant (UPZ) in the city of Chelyabinsk. UPZ is a subsidiary of Concern Radio-Electronic Technologies (KRET), which has been under US sanctions since 2014.

According to the State Department though, the fact that the ventilators were bought from the Russian Government and not from the producer circumvents the sanctions issue.

“The United States is paying the Russian government directly for the items delivered on April 1. These payments are made consistent with U.S. law.” Therefore, no prohibitions would apply to these transactions under existing sanctions, a State Department spokesperson told the OCCRP.

Reuters reported that they were told that the sanctions did not apply to medical supplies.

“The Russian Direct Investment Fund is subject to certain debt and equity-related sectoral sanctions, which would not apply to transactions for the provision of medical equipment and supplies,” a State Department official said to Reuters.

The US had previously been largely on the giving end and not the receiving end of international aid, and the fact that it is now accepting assistance from Russia is seen as a major PR win for Vladimir Putin. Putin's use of supplies from a sanctioned company only compounds that narrative.

Brett McGurk, a former diplomat under both the Trump and Obama administrations, called it “a propaganda bonanza as our own government shrinks from America’s leadership role in a global crisis.”

David Frum, an author and staff writer at the Atlantic, compared the move to Joseph Stalin’s export of grain from the Soviet Union during the Ukrainian famine in the 1930’s.

“Stalin exported grain from Ukraine during the famine to earn hard currency for his crackbrained prestige projects. Putin is exporting medical supplies to the US during coronavirus for the same reasons,” Frum tweeted.

It’s not just Americans who are frustrated.

“Well, great. We have been collecting money all over the country to buy supplies for our doctors, and our authorities sell personal protective equipment to the United States. Simply a mockery,” tweeted the Doctor’s Alliance, a Russian union of medical professionals.