Watchdog: Graft Will Allow Pandemic to Kill Many in South Africa

In the midst of the global COVID-19 pandemic, Corruption Watch, South Africa’s Transparency International’s chapter, issued its 2019 annual report on Tuesday, warning that many lives will be lost in the country now, “as a direct consequence of corruption.” 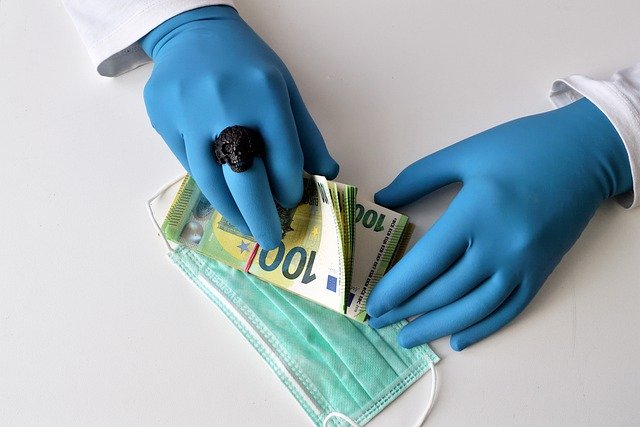 Corruption within the South Africa's healthcare system may cost lives in times of Covid-19 pandemic. (Photo: leo2014, Pixabay)The South African anti-graft watchdog named corruption as a major contributing factor to the continued deterioration of the public healthcare system in 2019. That will reflect, it said, on the current fight against coronavirus. The country has more than 1,325 infected and five deceased people so far.

“This crisis has thrown into sharp relief the deadly consequences of corruption, at this stage most particularly the corruption that has resulted in dysfunctional local government and that has devastated the public health and water sectors,” David Lewis, executive director of Corruption Watch, said.

He also noted that the current global crisis will not help corruption in South Africa to abate, but may even “exacerbate the abuse of power and resources that accompany the necessary relaxation of procurement regulations and the extension of emergency powers to law enforcement.”

The report warned that the public healthcare system continues to “crumble in the face of corruption and other factors that have contributed to its deterioration over the years,” highlighting irregular expenditure, financial misconduct, theft, moonlighting and many other types of corruption as areas of concern.

The organization said it was receiving an average of 10 reports of corruption a day during the last year. Besides irregularities in the health sector, people were reporting corruption in the policing sector, schools, mining, traffic and licensing.

The allegations, according to the report, have primarily featured bribery - 17%, procurement corruption - 16% and mismanagement of funds - 15%.

Data also showed that 29% of corruption reports were related to the national government - a 2% increase from 2018 - while local government counted for 26%, provincial governments 20% and private sector 19%.