Ukrainian authorities are investigating an Ukranian lawmaker who posted videos that appear to be showing the brother of President Volodymyr Zelensky’s chief of staff discussing bribes in return for appointments at various government positions, the Kyiv Post reported on Tuesday. 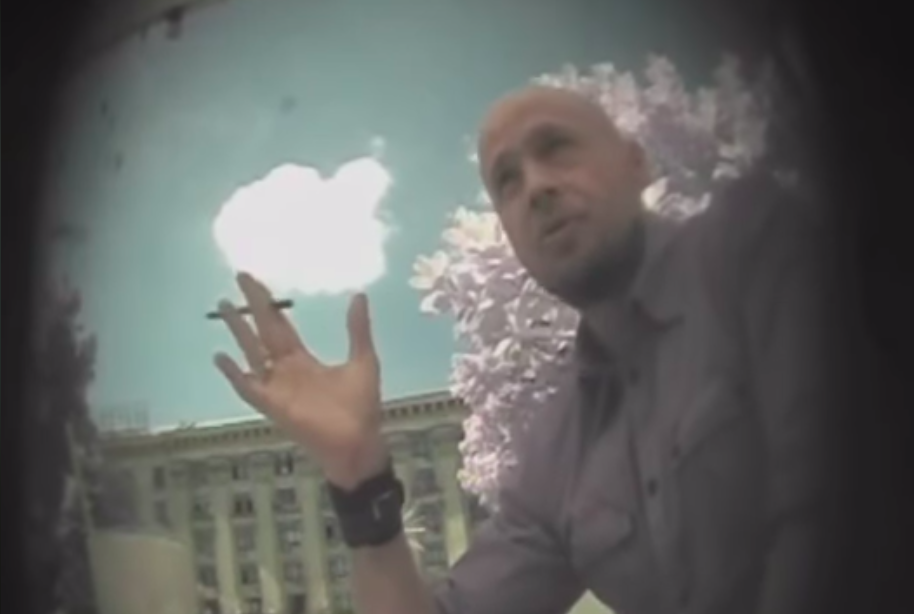 Screenshot of one of the videos. (Photo: Geo Leros' Facebook)

MP Geo Leros shared the hours-long videos with Radio Liberty’s investigative team and posted some of them on his Facebook page on Sunday.

They allegedly show a man Leros identifies as Denys Yermak, bragging about being the younger brother of the President’s Chief of Staff, Andriy Yermak, and knowing the president personally.

According to Radio Liberty, the footage does not show any handover of cash but the man is heard discussing how much this or that government position will cost a candidate, and how the received profit will be distributed between the participants in the scheme, including himself.

It is not clear how Leros obtained the footage.

The Special Anti-Corruption Prosecutor’s Office launched an investigation into the alleged corruption in the videos, according to Kyiv Post, but Leros stated on his Facebook page on Monday that the Office also questioned him and accused him of “revealing a state secret” and “interfering with the work of a state official.”

“It turns out that exposing corrupt officials is a disclosure of state secrets,” Leros concluded in his post.

It’s the second scandal in a short time to undermine Zelensky’s office, after his deputy chief of staff was probed for helping a corrupt judge to flee the country.

Volodymyr Zelensky, a former comedian whose only political experience was a role of head of state in a TV series, was elected last year after campaigning on anti-corruption.

Leros said he will share the videos with the National Anti-Corruption Bureau, an independent investigation agency created after the 2014 Ukrainian Revolution that ousted President Viktor Yanukovych who was subsequently accused of corruption and of being a Russian puppet.

The dates on the videos indicate that they were recorded between late August and early October 2019.

Denys Yermak has been heading since 2019 the Ukrainian Bureau of National Development, an NGO that produces feasibility studies for reform projects.

The NGO’s co-founder, Serhii Shumsky, could also be recognized in the leaked footage as Yermak’s assistant and can be heard talking more freely about the bribes. According to Radio Liberty, the two have met while being soldiers in the Donbass conflict.

A third man who appears to be part of the scheme and who can be heard proposing candidates and helping organize the interviews was identified by Radio Liberty reporters as an agriculture entrepreneur.