Belarusian authorities have detained an investigative journalist who has criticised the government’s response to the coronavirus pandemic, accusing him of taking a bribe to write a story about corruption in the health system. 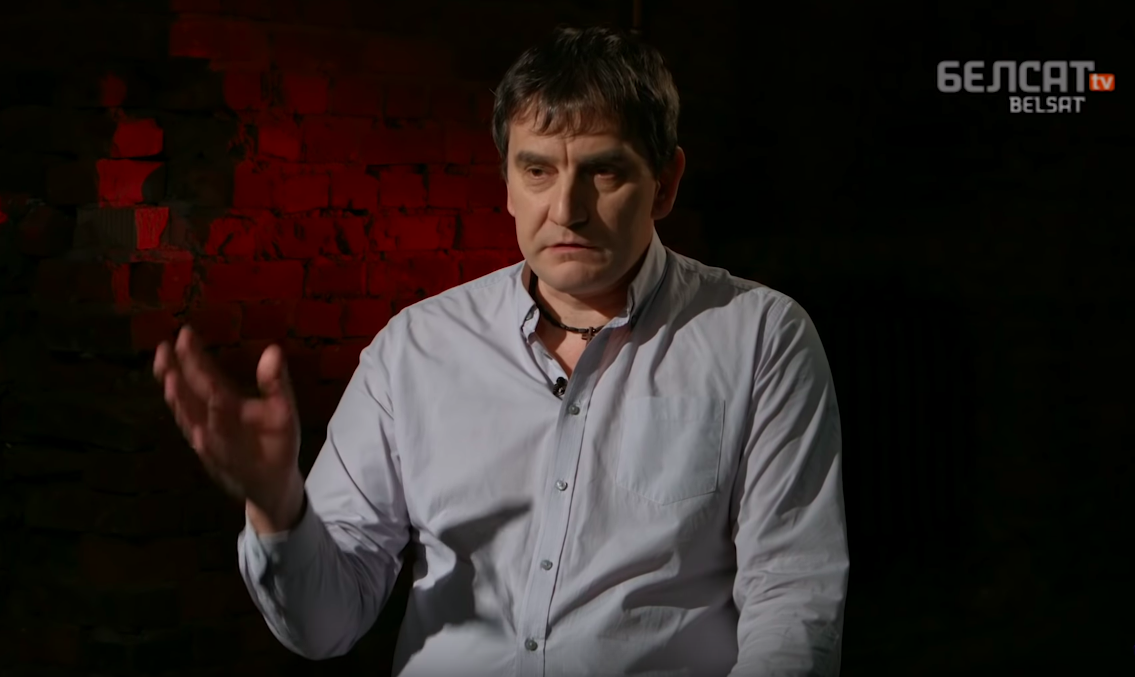 Satsuk interviewed on Belsat for an investigation on the health system, on March 21st. (Photo: Belsat).

The Department of Financial Investigations detained Siarhei Satsuk on Wednesday for allegedly accepting US$5,000 to write an article about alleged corruption in the Ministry of Health’s medical drug imports last year, the news website where he is a director, EJ.by, wrote in an op-ed.

Authorities also searched the outlet’s offices and seized some documents, Radio Free Europe (RFE/RL) reported. Satsuk is still in detention, although ej.by said no charges have been filed against either him or the website.

The Department of Financial Investigations has given no details of who is meant to have bribed Satsuk or why and could not be reached for comment. In Belarus, taking a bribe is punishable by three to 10 years in prison.

Satsuk has long been an outspoken critic of corruption in Belarus’ health system. Since the beginning of the coronavirus pandemic, he has published articles alleging the government was hiding information about the outbreak.

People are still roaming the streets of Belarus, the only European country which hasn’t cancelled professional sport games or brought in any rules to enforce social distancing.

Satsuk’sinvestigation, published more than a year ago, found the Ministry of Health had been buying medical products at vastly inflated prices. Dozens of officials were arrested in a scandal that reportedly rocked the establishment in what is known as ‘Europe’s last dictatorship.’

After his arrest, Euroradio published an open letter that Satsuk had given the outlet last year about “specific and serious threats” that were made against him and his disabled wife after the story was published.

He described how a “messenger” visited him, first trying to pressure him into dropping his investigations into the health system and then warning him, “Think about your family, what will happen to them.”

Satsuk claimed the man behind the threats was a general who has spent 10 years protecting systemic corruption in the Ministry of Health by crushing all attempts to investigate by law enforcement agencies. “Now he is threatening reporters,” he wrote.

The OSCE Representative on Freedom of the Media, Harlem Désir, said he was “very much concerned” about Satsuk’s detention. “In Belarus, like in all countries, journalists have a key role to play in reporting on the pandemic and in providing important information to the public,” he added.

The Belarusian Association of Journalists also criticised the move, calling for Satsuk to be released and all charges against him dropped.

“The detention of a well-known journalist and subsequent interrogation of EJ's staff can lead to the development of self-censorship in the media covering social issues, including corruption and the spread of coronavirus in Belarus,” it said.

Reporters Without Borders ranked Belarus 153 out of 180 countries in its 2019 Press Freedom Index, citing arrests and harassment of journalists.