Russian Ventilator Suppliers May Be Conspiring To Avoid Competition

Companies that sell medical ventilators to the Russian government may have been conspiring to avoid competition and keep prices artificially high. 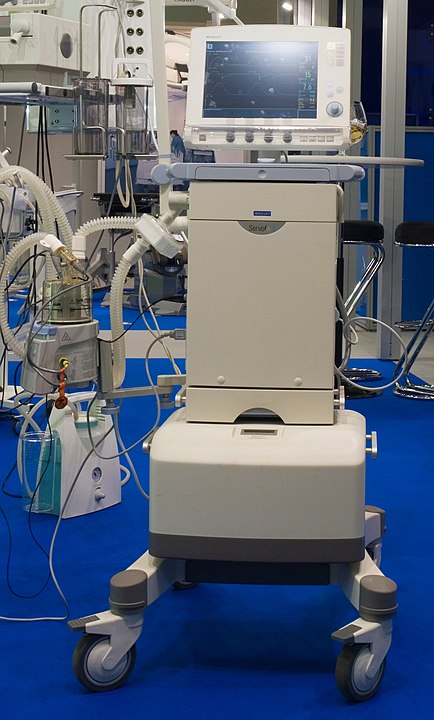 A medical ventilator. (Photo: Михаил Митин - Maquet)Ventilators are used in the treatment of severe COVID-19 infections, and their shortage in many places struck by the pandemic have caused anxiety around the world. The number of confirmed cases in Russia has spiked to 1,036 in recent days, though experts say the true total is likely much higher.

This let reporters at Znak, a Russian web outlet, to look into the purchases of ventilators the government made this month. They found that a large majority were held with no competition at all: Though there are many potential suppliers on the market, in most cases only one bidder applied for each tender, ultimately winning the contract.

These cases represent 341 million rubles ($US4.4 million), or 80 percent of the total amount spent.

The March 2020 tenders analyzed by the publication were worth a total of 455 million rubles (US$5.8 million). They were bid on by about 30 companies in total, but in 49 of 68 cases there was only one applicant and eventual winner.

Two bidders applied for tenders in 12 cases, but the ultimate prices were not significantly lower. Several other tenders received no bidders or were halted.

The figures for a year ago are similar and show that there may have been little competition in the process all along. Of the 80 ventilator tenders made in March 2019, 56 contracts, representing 76 percent of the money spent, were awarded to the only bidder.

Though there are at least 30 suppliers in the Russian market for medical ventilators, they often appear to avoid competition with one another. For example, this month, the health ministry of the central Russian region of Chelyabinsk announced 10 simultaneous tenders to buy ventilators. They were bid on by a total of seven suppliers, and none applied for the same tender.

A spokesperson for the ministry told Znak.com that “the absence of competition in electronic tenders for the purchase of ventilators does not lead to negative consequences for the budget, because the initially set price is allocated within the limits of budget obligations.” The ministry suggested that the lack of competition may be due to difficult economic conditions and the lack of supplies on the market.

The Russian chapter of Transparency International, an anti-corruption watchdog, disagrees.

“Considering the existence of a competitive market in the country for the purchase of such equipment, the behavior of the participants in these purchases could be a sign of conspiracy,” said Ekaterina Petrova, head of the organization’s Ekaterinburg office.

The pattern may be replicated on a larger level. In March, Prime Minister Mikhail Mishustin ordered that 7.5 billion rubles ($96 million) from the government’s reserve fund be allocated for the purchase of medical equipment “to prevent the spread of the coronavirus.”

The only supplier is a subsidiary of Rostec, a state-owned defense and technology conglomerate.

Click here to read the Russian version of this investigation.