Rich Russians are buying ventilators for themselves, trying to make sure they will have the best possible care if they get sick during the global outbreak of COVID-19, The Moscow Times reported Saturday. 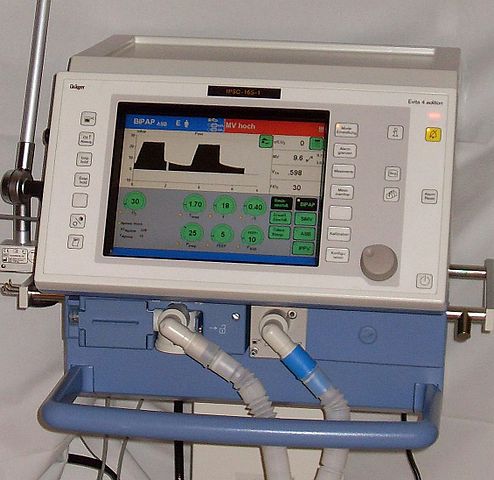 Russia's rich people believe personal ventilators will save them from COVID-19. (Photo: Blogotron)Ventilators help COVID-19 patients breathe when the coronavirus that causes the illness attacks the lungs. The medical device has become one of the most sought items on the planet.

The media outlet interviewed an unnamed Russian oligarch, describing his family as one of the richest in the country, worth more than US$ 1 billion, and owning property in some of the world’s top destinations, such as London and the south of France, as well as in the luxurious Moscow’s suburb of Rublyovka.

“We’ve been able to get one (ventilator) so far and are trying to get two more,” a family member told The Moscow Times under condition of anonymity.

A single device, proved to be essential in saving lives in severe cases, costs 1.8 million rubles ($22,500), the source told the outlet, adding that “there is an eight-month waiting list,” due to great demand.

Moscow Times said it also interviewed representatives of a dozen Russian companies selling ventilators, with many of them reportedly confirming that up to 30% of the machines they sold over the past two weeks went to private clients.

Just owning a ventilator is not going to be enough to fight the disease, experts warn. Only state-run hospitals will be able to deal with severe cases of coronavirus infected patients and a ventilator, without a professional operating it, will be of little help.

“You need to have a home hospital with an intensive care unit and, most importantly, you need a specialist,” Yaroslav Ashikhmin, a cardiologist, told the Moscow Times.

“Thank God most doctors here are ethical enough not to go to some rich guy’s home and treat him when thousands of people need care,” he said.

While the unnamed wealthy person told the media outlet that “they have a doctor on call who has already helped them set up the ventilator correctly,” Dr. Ashikhmin thinks that even that will not save the rich.

He blamed the oligarchs for not thinking about and not investing in local hospitals, as “they never thought they would have to be treated there.”

“Now they might experience the hell that they helped create,” he said, explaining that due to the global pandemic, luxury private hospitals abroad will not be able to receive them.

Russia, which on Monday had a total of 438 coronavirus infected and one casualty is in a better position than other countries regarding the number of ventilators per capita.

However, some 42,000 to 43,000 respirators throughout the country have reportedly been concentrated in “wealthier urban centers of Moscow and St. Petersburg.”

Following the COVID-19 spread, Moscow Mayor Sergei Sobyanin has reportedly ordered on Monday all residents over 65 to self-isolate at home starting Thursday.

According to the Moscow Times report, soon after the decision was announced, the Kremlin said that the mayor’s order will not apply to 67-year-old President Vladimir Putin.